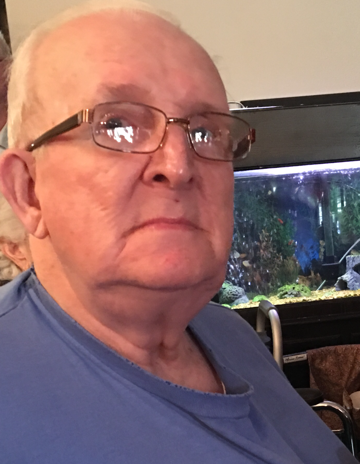 Willie Lester Buck age 70, of Arkadelphia, passed away on Friday, August 30, 2019 at Baptist Medical Center in Arkadelphia. He was born March 23, 1949 in Scott, Arkansas to the late Arthur Charles and Lee Geneva Price Buck.

Lester was a member of Arkadelphia First United Pentecostal Church, Arkadelphia Lions Club, and  Baptist Medical Center Auxiliary. He served in the U. S. Army.  Lester drove for Continental Trailways, was a full-time fireman for the Arkadelphia Fire Department for years, and a funeral director working for both Ruggles-Wilcox Funeral Home in Arkadelphia and with Roller-McNutt Funeral Home in Conway for several years.

Lester loved serving the Lord by meeting the needs of others in his community. Rodney Grant and Lester played together on the local radio station. His love for music and playing his Martin guitar was one of his greatest joys. He entertained the nursing home residents where he lived until a week before his death. He also loved playing for his great nieces and having them to sing along.

Survivors include one sister, Linda Duncan and husband, Jim, a sister-in-law, Louise Buck all of Arkadelphia; a niece and several nephews.

Visitation will be 6-8 PM Tuesday, September 3 rd at Ruggles-Wilcox Funeral Home in Arkadelphia.

To order memorial trees or send flowers to the family in memory of Willie Buck, please visit our flower store.