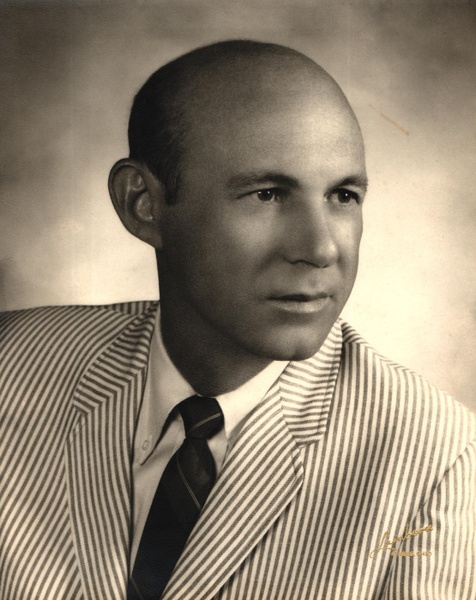 Wayne Lee McAfee, 94, died on May 18, 2021. He was born on April 4, 1927, in Graham, Texas. The son of the late Rev. Edmond Thomas and Ola Dollie (nee Gorham) McAfee, he was preceded in death by his four brothers, Carl Embry, Bryan Thomas McAfee, Harold Thomas McAfee, and Jewel Porter McAfee.  He is survived by his wife of 54 years, Kay Roberts McAfee, daughters, Lee Elizabeth McAfee Scogin (Michael) of Dallas, Texas and Rachael Copeland McAfee Butt (Samuel) of Thousand Oaks, California, one granddaughter, and dozens of nieces and nephews.

He graduated from Oklahoma State University with a Bachelor of Fine Arts degree and held the Master of Fine Arts degree from Louisiana State University. He served in the United States Navy as a Combat Information Center Officer on an attack transport and on a light cruiser, and was stationed in Long Beach, California, and at Pearl Harbor, Hawaii. In 1960, he began his career in education by teaching Math at Texarkana High School. In 1962 he was appointed professor of Art at then-Henderson State Teachers College in Arkadelphia, Arkansas, where he taught Art History, Drawing, Design, and Public School Art for 28 years. He retired from Henderson State University in 1990.He attended the Art Students League at Woodstock, New York, and the Yale-Norfolk Summer Art School at Norfolk, Connecticut. His favorite personal medium for expression was pen and ink drawing. Extensive travels took him to art museums, cathedrals, and architecturally notable structures throughout the United States, Europe, Japan, and China.

He was a member of the Arkansas Art Educators and the Clark County Historical Association. As a member of the Committee for decoration of the Arkadelphia Town Hall, he was responsible for appropriation of historical photographs for the facility. He developed an interest in county and civic history and wrote a number of articles for the Journal of the Clark County Historical Society. He loved golfing, fishing, and bird watching.

To order memorial trees or send flowers to the family in memory of Wayne McAfee, please visit our flower store.