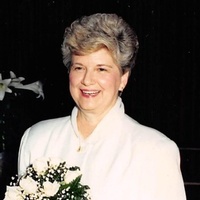 She was a secretary for Prince William County Schools.

After the passing of her first husband, Golden W. Williams, she married William H. Wieland.  He, too   preceded her in death.

Her brother, Alton Overton, and step-son, William Wieland, preceded her in death.

A funeral service will be held 2:00 P. M. Saturday, December 29, 2018 at Ruggles-Wilcox Funeral Home in Arkadelphia.. Burial will be in Rose Hill Cemetery, Sycamore, AR.

The family wishes to express their appreciation to the staff at Fox Trail Assisted Living for the care given to their mother during her time with them.

To order memorial trees or send flowers to the family in memory of Vivian Wieland, please visit our flower store.
Send a Sympathy Card