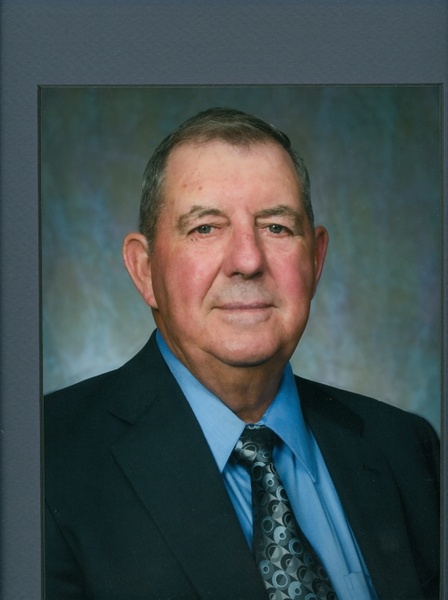 Terry Allgood age 80, of Delight, passed away Saturday, April 27, 2019 at his home.  He was born October 11, 1938 in Delight to the late Clyde and Irene Lewallen Allgood. He owned and operated Allgood Petroleum & One Stop in Delight for many years.  Terry also operated a cattle farm and peach orchard. He couldn’t wait to plant his garden in the spring. Terry was a devoted and loving husband, daddy, and poppa. He was a hard worker and always was able to find humor in any situation.

Terry was an active member of Delight First Baptist Church where he served as a deacon. He served for thirty-five years on the board of South- Central Arkansas Electric Co-op serving as vice president and president. He was recognized in the Electric Pioneer Hall of Fame for his service to the Co-op. Terry served on the Delight School Board and was a volunteer firefighter for Delight. Terry enjoyed antique car shows, swap meets and was member of the Rusty Relic Tractor Club.

He was preceded in death by his first wife of fifty-five years, Elizabeth Walsh Allgood, one brother, C.R. Allgood, and one sister, Shirley Edwards.

Family will receive friends at the home in Delight from 6-8 PM on Monday, April 29th.

Visitation will be from 10:00AM until 12 noon on Tuesday, April 30th at Delight First Baptist Church. Service will follow at 1:00PM with Brother Verlon Wood officiating.  Interment will be at Delight Cemetery.

Memorials may be made to Delight Volunteer Fire Department c/o Bank of Delight.

To order memorial trees or send flowers to the family in memory of Terry Allgood, please visit our flower store.
Send a Sympathy Card