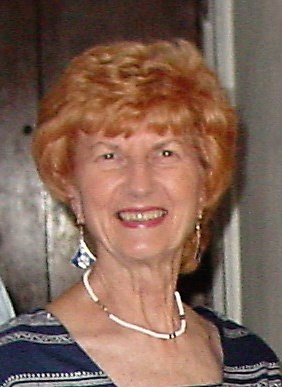 Shirley Bradshaw, age 88, of the Manchester Community, southeast of Arkadelphia, died Wednesday, May 5, 2021.  She was born April 4, 1933 to George and Mina Jerke Bruntz in LaSalle, Colorado. When a young child, her parents moved to Anaheim, California.

She was preceded in death by her husband, Johnie James, of 65 years, her parents George and Mina Bruntz, and sister, Mildred and brother-in-law, Jim Hewitt.

Shirley’s mother died when she was 13, and she and her father moved to Wilmington, California. She graduated from Phineas Banning High School. During this time, she met her husband, James Bradshaw. They married January 30, 1953 in Las Vegas, Nevada.

Before moving to Arkansas, she worked for Allstate Insurance Co. in Los Angeles, California and General Services Administration in Long Beach, California. In 1962 she and her husband moved to Arkansas buying a farm in the Manchester community where they raised cattle. She worked as secretary at Henderson State University for eight years and at Ouachita Baptist University for 17 years. She retired from OBU in 1990.

After retiring, Shirley and James also stated doing a lot of travelling with a local tour group. They went on many bus trips in the U.S., went on a number of cruises including going around Cape Horn, and also through the Panama Canal. They went on several trips to Europe which included seeing the Passion Play in Oberammergau, Bavaria, Germany twice. They also went on many trips with their minivan, and their conversion van. One trip in the minivan was to Alaska taking their two German Shepherds with them.

Shirley and her husband loved to dance and attended dances at the Senior Adult Center in Arkadelphi8a, and the American Legion in Malvern.

She was a great lover of animals, and always spent a lot of time with her dogs and horses.

Shirley was a member of St. Mary’s Catholic Church . Memorials may be made to St. Mary’s or the Clark County Humane Society.

Graveside Service will be 10:30 AM, Monday, May 10, 2021 at Southfork Cemetery with Father Arokiasamy “Samy” Madhichettyirudayaraj officiating.  Rosary will be 5:00 PM Sunday, May 9, 2021 at Ruggles-Wilcox Funeral Home, with visitation to follow.

To order memorial trees or send flowers to the family in memory of Shirley Bradshaw, please visit our flower store.