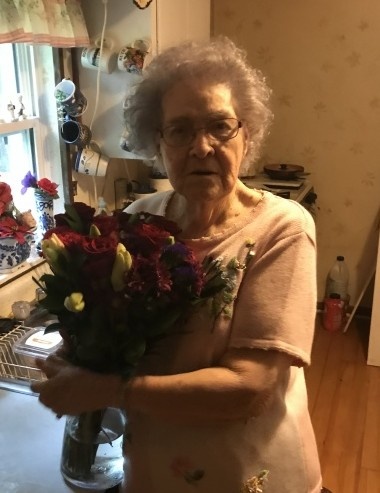 Ruth Maxine Ford age 88, of Sparkman, passed away Friday, April 17, 2020 at her home. She was born October 21, 1931 one of ten children to the late Henry Mack and Zettie Swofford Moore. She was a member of Sparkman First Baptist Church.

Ruth retired from B.E. I. Electronics in Camden after twenty-three years. She loved the outdoors, including hunting, taking care of her yard and her flowers. After retirement, she would take care of anyone in need.

She was preceded in death by her husband, Walter Jackson Ford in 2006 and one grandson, Timothy Edward Flynn.

Graveside services will be held Monday, April 20, 2020 at Sparkman Cemetery with Bro. James Guthrie and Bro. Max Deaton officiating. During this season of social distancing we invite you to express your condolences at www.ruggleswilcox.com

To order memorial trees or send flowers to the family in memory of Ruth Ford, please visit our flower store.
Send a Sympathy Card