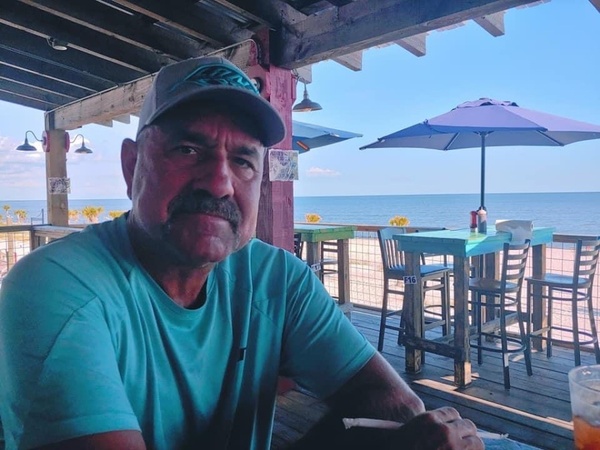 Russell Alan Prater, age 49, departed this life and entered heaven on December 10, 2021. He was born September 7, 1972 in Colgate, Oklahoma, to his mother and father, Delores and Leamon Prater.

After graduating high school, he served in the United States Army for two years. During this time, he was blessed with his daughter Roxanne (Prater) Hall. After living in Atoka, Oklahoma for a brief time, he made his home in Bismarck, Arkansas. He spent many years working on ranches where he found his ranch home, Duncan farms. In 2014, he married his long-time friend, Melanie (Thornton) Prater. This grew his family from one daughter to two daughters and two sons immediately! His most recent job was working for the Arkansas Department of Corrections, Ouachita River Unit. He loved working with his fellow officers and helping to mentor others.

Russell was a hard worker and would do anything for anyone. Most importantly, he loved the Lord. Over the last 5 years, he spent dedicated time giving back through the Father’s House where he served many people and learned a lot himself. He and his wife attended the Ark of Praise church in Hot Springs. Their church family was just that to him, family.

There may never be a prouder Dad or Pawpaw, and there will not be a family member or friend left unchanged by his fierce love. He will be greatly missed.

The funeral service will be Thursday, December 16, at 2:00 pm at Hickory Grove Church in Bismarck, AR.

To order memorial trees or send flowers to the family in memory of Russell Prater, please visit our flower store.