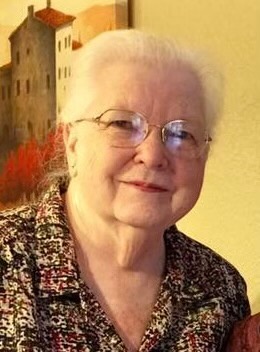 Royce Jean Sorrells, age 75, went to her heavenly home on Wednesday, August 18th, 2021 under the loving care of Baptist Health NLR Hospice. Her devoted husband of 54 years, William Knox Sorrells, and niece, Kathy Ramsey, were at her side. She was born November 17, 1945 in Benton, Arkansas and was the second of three children.

Royce and Bill married in 1967, and she taught Home Economics at Springhill High School from 1967 – 1969. In 1970, she began teaching the same subject at Sparkman High School for the next 17 years. In 1988, Mrs. Sorrells, as she was known by many, became the K-12 guidance counselor until she retired in 2007. She was a member of the Delta Kappa Gamma Society, which promotes professional growth of women educators and excellence in education. Royce was a member of First Baptist Church in Sparkman and served on the Board of Directors of the Dallas County Museum in Fordyce.

During the years after her retirement, she and Bill enjoyed traveling to bluegrass festivals and making and quilting dozens of quilts for loved ones and people in the community. She made a quilt for each retiree in the Sparkman School District for many years.

Graveside service will be held on Monday, August 23rd at 10 a.m. at Sparkman Cemetery. The family asks that those in attendance wear masks and practice social distancing as much as possible.

In lieu of flowers, tax deductible donations may be made to the Royce Sorrells Memorial Scholarship, C/O Sparkman Scholarship Foundation, P.O. Box 104, Sparkman, AR 71763, or they may be dropped off at Riverside Bank in Sparkman.

To order memorial trees or send flowers to the family in memory of Royce Sorrells, please visit our flower store.