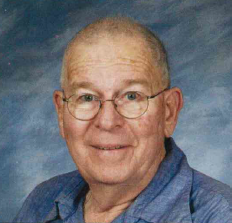 Robert Leonard Coon age 86, of North Little Rock, formerly of Arkadelphia, went to be with our Lord on Friday, October 23, 2020 at his home.  He was born March 13, 1934 to the late Walter Leonard and Gussie Kleinpeter Coon of Baton Rouge, LA.

Leonard was a U. S. Navy veteran serving on the USS Point Cruz during the Korean War.  He was a social worker for Riverside County in California and served as a minister of music for several area churches. Leonard and his wife, Glendean, moved to Arkansas in 1999 to be close to Glendean’s parents. He was a member of First Baptist Church in Arkadelphia. There he served the Lord as a member of the Young at Heart Singers and other ministries to help serve the church and community until he was no longer able.  Leonard was a member of the Academy of Model Aeronautics and a member of the Arkadelphia Proptwisters, a local chapter of AMA. As a hobby, he built airplane models of various sizes. The largest plane he built was with his son. It had a wingspan of twelve feet.

He was preceded in death by his wife, Glendean Coon, a son, Lyn Coon and one daughter, Tamaroh “Tammy”  Gail Corsi.

No formal services are planned. Online register is available at www.ruggleswilcox.com

To order memorial trees or send flowers to the family in memory of Robert Coon, please visit our flower store.