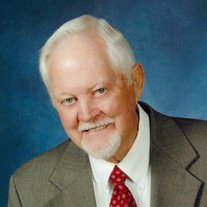 Robert Earl Jacobs (age: 94) went to be with his Lord and Savior on Thursday, November 15, 2018. Jake, as he was known to his family and friends, was born in Nashville, AR on May 20, 1924, to the late Nona C. and Dovie (Tallant) Jacobs. He graduated from Central High School, outside of Malvern, in 1942 where he was a star basketball player. He joined the Air Force in August, 1942, and served in the South Pacific during World War II. After proudly serving his country on many Pacific Islands, he returned home in 1945, and married the love of his life, Addye Lou Fuller of Donaldson, AR. He enrolled at Henderson State Teacher's College in Arkadelphia before attending Pharmacy School at the College of the Ozarks, Clarksville, AR, 1946-1949. It was the first, post-WWII graduating pharmacy class at College of the Ozarks (before the UAMS pharmacy school was established in Little Rock). While attending pharmacy school, he played point guard for Coach Koon's Mountaineers. He was honored to be one of the "Five Ironmen" playing with basketball greats Gayle Kaundart, Charley Roffine, Bob Barolin, and Lester Ledbetter. In 1949, they were co-champions of the AIC and played in the NAIA national basketball championship tournament. The team rode the train from Arkansas to Denver, CO, for the tournament.
Jake practiced pharmacy in El Dorado, Searcy, Arkadelphia, AR, and Midland, TX before opening Fuller Walgreen Drug Store in Longview, Texas in 1957, where he lived with his family for 15 years. He was very active in the community and loved coaching Little League baseball. Living in Texas in the old Southwest Conference days as an avid Razorback fan was not easy, but Jake was a true fan. In 1972, he moved to Gurdon to join his brother-in-law, Roy Thomerson at Thomerson Drug. Jake practiced pharmacy for over 65 years. He was a member of the AR Pharmacy Association and the Half Century Club of the UAMS College of Pharmacy. As an avid golfer, he made several hole-in-ones in his lifetime and could still shoot his age at 88. One of his greatest joys in life was playing golf with Roy at the Red Martin Country Club in Gurdon. At the age of 90, he played in his last golf tournament in Gurdon with his buddies, Jim Russell and Lyman Rhodes. Their combined ages, totaled 258 years. They shot 2 over par; the "old dogs could still hunt". The Super Seniors were an inspiration to all participants. He was a deacon and active member of the Harmony Primitive Baptist Church. This was always his and "Attsy's" church family.
Jake was a quiet, unassuming and deeply caring man. He always said he was so quiet because you could not get a word in anyway with the Fuller family in the room. He adored Attsy and his entire family. He was a man of great integrity with complete honesty, and a humble but very strong spirit. He encouraged everyone and gently demanded excellence and education in his family. He was always there with wise counsel, a warm hug and a gentle heart for anyone who needed help. He had a great sense of humor and a smile that would light up a room. You could always depend on Jake.
The "third son", George Fuller (Hiram and Hildred Fuller) grew up with Jake and Attsy. They were both very proud of George and the spiritual support he gave them. The family would especially like to thank Larry Thomerson (Roy and Louise), his nephew, for watching over Jake and being like a son to him. Special thanks to his Thomerson Drugstore family, the members of the Gurdon Senior Center, his golfing buddies, Delores Rutherford, the staff at Twin Rivers Rehabilitation Center, and his church family for caring so much for him. He always felt very blessed.
He is predeceased by his parents; his wife of 54 years, Addye Lou (Fuller) Jacobs; brother, Gerald Jacobs and sister, Emma Jane Sullivan. Loving survivors include: his sons, Dr. Gary R. Jacobs (Rosemary) of Longview, TX, Dr. Richard F. Jacobs (Penni) of Little Rock, AR, and Dr. George H. Fuller, Jr. (Tammy) of Raleigh, NC; grandchildren, Dr. Tamara Maynard (Tony) of Houston, TX, Ben Jacobs (Christie) of New York City, Josh Jacobs (Lauren) of Tyler, TX and Robert Jacobs of Little Rock, AR; great grandchildren, Abby and Emma Norwood, Gwyneth Attsy and Saul Jacobs; sister, Nellie Jo Reynolds (Dallas) plus a large extended family, wonderful friends and church family members.
Visitation will be at Harmony Primitive Baptist Church, Donaldson, AR at 2:00 p.m. on Saturday, November 17. A celebration of his life will follow at 3:00 p.m. at the church with Rev. Neil Phelan, Jr., and Dr. George Fuller presiding. Jake will be laid to rest in the Ouachita Cemetery in Donaldson, AR next to Attsy. Arrangements by Ruggles-Wilcox Funeral Home in Arkadelphia.
In lieu of flowers, memorials may be made to the Harmony Primitive Baptist Church, P.O. Box 351, Donaldson, AR 71941.

To order memorial trees or send flowers to the family in memory of Robert Jacobs, please visit our flower store.
Send a Sympathy Card