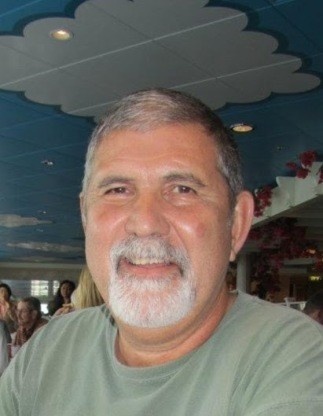 Richard Alan Walker was born in Camden, Arkansas on September 8, 1954 to Dorothy and CL Walker. The middle of 3 children (sister Kathy & brother Tommy), he said he was very shy growing up. He graduated from Fairview High School and began college at Henderson State University. He soon transferred to Louisiana Tech in Ruston to pursue  a degree in forestry. Not too long after graduation he took a job at Anthony Timberlands in Bearden where he met the love of his life, Rosemary, at Anthony’s Grocery. He said he’d been going in there often and noticing her. Too shy to speak to her, he finally worked up the courage to ask her to “check him out” one day, to which she replied with her well-known sass, “I already have!” The rest was history. The life and legacy Richard leaves behind is simply “all because two people fell in love”.

In St. Anthony’s Hospital in room 244 in Denver, Colorado, his family sang Beulah Land as he walked through the gates of heaven and met Jesus that morning (August 27, 2019). He had taken Rosemary on yet another adventure cross country. He loved to travel and take his family places. His family had the great honor of being there holding his hands as he took his final journey to Glory and assured him, they would all meet him there later.

What a wonderful reunion it must have been when he reached those streets of gold. Seeing his mom and dad, grandparents, Rosemary’s parents: Dale & Louise Givens, brother-in-law: Roy Bass, nephew: Chris Walker, and a few angel grand babies.

Richard’s wife Rosemary Givens Walker, his son Clint Walker and wife Ashley, his Daughter Stephanie Harmon and husband Brady, and grandkids, Paisley & Avery, Silas & Sadie, Katelyn and Lucas, and all the others who called him Papaw, uncle Richard, brother, brother-in-law, and cherished friend, are left here with some pretty amazing memories to hold dearly until we meet him again.

He was a faithful member of New Hope Baptist Church where he served as a deacon, Sunday school teacher, and one heck of a fish-fryer.

If you knew Richard, you knew the love of Jesus. Although they didn’t meet personally until his late 20’s, once he gave his life to the Lord, he radiated mercy and grace. He would want you, today, to make sure you have that same sweet relationship with Jesus! Richard was known for his patience, kindness, generosity, warm hugs, and chin-jiggles. He was a dependable friend, a romantic husband, an awesome Papaw, and the best daddy anyone could ever ask for.

Visitation will be 6:00-8:00 Saturday evening at Ruggles-Wilcox Funeral Home in Arkadelphia. Homegoing Celebration will be 2:00 pm Sunday, September 1st at New Hope Baptist Church in Sparkman. Burial will be at Givens Cemetery.

To order memorial trees or send flowers to the family in memory of Richard Walker, please visit our flower store.