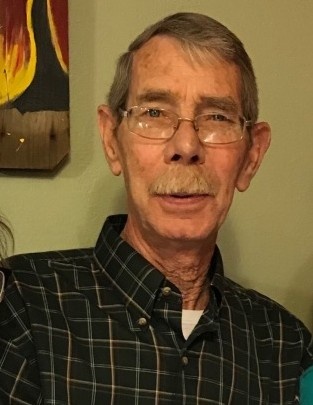 Richard R. Ross, age 77, passed away peacefully at home on the Ouachita River September 15, 2021, where he had been surrounded by his adoring wife, daughters and grandkids. He was born February 29, 1944, at home in Gurdon, Arkansas to Chester Glen Sr. and Lora Allison Ross. He was a member of the First Presbyterian Church of Gurdon. He was preceded in death by his parents and his brother, Glen Ross Jr.

After graduating from Gurdon High School, he attended the University of Arkansas at Fayetteville where he played tuba in the Razorback Marching Band.

Ricky worked as a conductor on the railroad for forty-one years before retiring and living out his dream of life on Boiling Pot Rivertime, where he would spend the rest of his days with the love of his life, fishing, hunting and drinking coffee.

Service will be 2:00 PM Sunday, September 19th at Gurdon Presbyterian Church. Burial will follow at Tate Cemetery near Chidester.

To order memorial trees or send flowers to the family in memory of Richard Ross, please visit our flower store.
Send a Sympathy Card