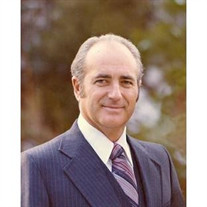 Randall Mathis, age 85, of Arkadelphia, Arkansas, passed away December 28, 2015 at National Park Medical Center in Hot Springs. He was born the fifth of eight children to Earl C. and Vesta Herrin Mathis on June 9, 1930 in Rusk County, TX. At the age of 4 years, Randall and his family moved to the Trinity Community near Okolona, AR where they lived as cattle and crop farmers.


At the age of 15, Randall lost his right hand in a hunting accident. He never let that misfortune stand in his way. He even continued to play high school basketball and was offered a scholarship by Duke Wells to play at Henderson State University. As singing was his true love, he elected instead to spend three summers studying at The Frank Stamps music school in Dallas, TX. In 1949, Randall married his high school sweetheart, Helen Hignight Mathis. They moved to Dallas where he sang professionally with The McDonald Brothers and The Stamps Quartets singing on radio and live television and touring 13 states.

When singing was no longer suited to family life, the couple returned to Arkansas and settled in the Arkadelphia community. He worked in the auto parts business and soon opened his own business, Mathis Auto Supply.

Believing he could make a difference, in 1968 Mathis ran for and was elected to four 2-year terms as Clark County Judge. He established a county-wide solid waste management system and landfill to clean up the countryside. As a result, Clark County became a model for both state and national solid waste management programs. Randall chaired the committee which developed the Clark County Industrial Park. As president of Arkansas County Judges Association, he led a stand to obtain for counties a 7% annual turn back from state general revenues. He co-drafted and sponsored proposed amendment 56 which revamped county government giving the quorum court added responsibilities and improving salaries. He did not run for a fifth term and announced his campaign for governor in 1978, which was the year Bill Clinton won his first gubernatorial race.


Governor Clinton soon hired Randall as head of the solid waste division at Arkansas Department of Pollution Control and Ecology. He continued for the next two decades as the Deputy Director of ADPC&E, finishing up his final 12 years of service as Director of the agency which is now ADEQ. While there, he worked under four governors: Bill Clinton, Frank White, Jim Guy Tucker and Mike Huckabee. He succeeded in building relationships between industry and environmentalists so that much was accomplished during his tenure as Director.

Randall and his wife Helen were founding members of St. Andrew Methodist Church, where he serve for over 60 years on numerous church committees, Sunday School Superintendent , Choir Director and Worship Leader.


Visitation will be from 10:00 am until service time. Service will be Saturday, January 2nd at 11:00 am at the Third Street Baptist Church with Bro. Bob Sanders officiating with burial at Rest Haven Memorial Gardens. Memorials may be made to St. Andrew United Methodist Church or the Arkansas Kidney Foundation Sign the online register book at www.ruggleswilcox.com .
To order memorial trees or send flowers to the family in memory of Randall Mathis, please visit our flower store.
Send a Sympathy Card