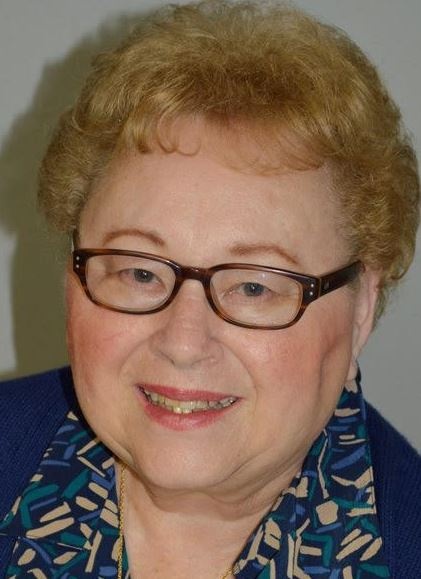 Though born in Conrad, Montana, Phyllis lived in Valier, Montana until she was three. Her family moved to Spokane Valley, Washington where she grew up. She was a hard-working daughter who mucked stalls for her friend to enjoy riding horses. On Halloween, she and her friend would ride through the valley on horseback with pillowcases to get as much candy as they could.

When she was in high school, her friends set her up on a blind date with a military guy. She was a blonde but wanted to add a little red to her hair with henna. When she met her date, she was a flaming redhead. That was the beginning of her life with Charles Hughes. They dated a few times, but she broke up with him, wanting to be a career girl before she got married.

Charles courted her, wooing her. Between his persistence and her mother telling her that he was nice and cute, he finally won her over and they got married.

Phyllis followed Charles through twenty years in the US Air Force. She raised four children, volunteered at every base in the NCO Wives Club and helped wherever she could. When her husband was deployed for six months to a year at a time, with little time between, she held down the home front and taught her children to be independent. After seven moves to different states, they ended up in Charles’s home state of Arkansas where she and Charles created their dream home on forty acres.

Phyllis worked as a dental assistant, assisted at the library, worked at the country club and was also member of the Home Extension while surviving her independent teenagers.

Phyllis and Charles traveled to Europe and spent two months on the road, traveling to Alaska and back. They loved visiting relatives and seeing the country.

Phyllis was a gifted artist and a founding member of the Caddo River Art Guild. She campaigned to get city water in her rural community, worked to legalize the sale of alcohol in Clark County and volunteered at voting stations.

Her grandchildren have fond memories of spending summers at Nanny and Papa’s house. For many years, Phyllis and Charles hosted the Hughes Family Reunions, giving the Hughes family a place to gather and enjoy each other’s company.

Phyllis patented new uses for the fish net, to include killing rattle snakes and hanging roosters on the barn while gathering eggs.

She brought her daughter, mother and sister to live with her and Charles and saw her mother though her final days. Phyllis was with her husband, loving and supporting him through a long illness until his passing in March of 2019.

Broken-hearted at losing the love of her life, Phyllis passed away less than a year later.

Phyllis was a strong, sassy woman who always gave of her time and energy to help others. She saw many relatives through extended illnesses and opened her home to family when they needed to a place to stay.

We will miss her, but we know that she is happy to be with Charles. She will always be with us in our hearts. We love you Mom, Sister, Nanny and friend.

Graveside services will be 2:00 PM Monday, January 13th at DeRoche Cemetery near Bismarck. No formal visitation will be held.

To order memorial trees or send flowers to the family in memory of Phyllis Hughes, please visit our flower store.
Send a Sympathy Card