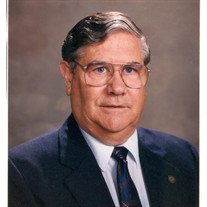 Dr. Root was named Professor Emeritus of Education at Ouachita Baptist University where he spent the majority of his career. He first joined the Ouachita faculty in 1964. He served a total of 22 years at Ouachita, including serving as dean of the graduate school, professor and chair of the Department of Education and director of the Arkansas Technical Assistance and Consultative Center. He also served on the faculty of Arkansas State University and Oakland City College in Indiana.

Dr. Root started his career as a history teacher at Greenbriar High School in 1958. He joined the faculty at Hot Springs High School in 1959. It was there that he had the privilege of teaching World History to a young Bill Clinton. In 2012, Ouachita honored Dr. Root and his wife, Mary, with the dedication of the Dr. Paul and Mary Root Education Seminar Room. The room was funded through a donation from the Clinton Family Foundation. President Bill Clinton named Dr. Root his "favorite teacher" during Clinton's presidential campaign in 1992.

At the time of the dedication, President Clinton wrote, "Since Paul Root first inspired me as my 10thgrade history teacher in Hot Springs, he and his wife, Mary, have been wonderful friends. They have played an important role in my life and work as well as in the lives of so many others all over Arkansas and around our nation.

"Paul has always been an invaluable advocate of quality education and equal access for all. He spent years working on desegregation efforts all over the state at the grassroots level," President Clinton added. "During their years as beloved professors at OBU, Paul and Mary cultivated intellectual curiosity in so many students."

Dr. Root was a 1950 graduate of Bald Knob High School. He received a B.S.E. and an M.S.E from Arkansas State Teachers College (now UCA), and an Ed.D from the University of Arkansas. He was a member of First Baptist Church in Arkadelphia where he was a member of the sanctuary choir. He was the author/editor of two books, "To the Grassroots" and "Learning Together at Last." He was a veteran of the U.S. Army.

Music was a special part of Dr. Root's life. He served as interim music minister in several churches in Arkansas and Indiana. He was a past member of the Arkansas Master'Singers with the Arkansas Baptist State Convention. Quartet singing was his favorite, as evidenced by the many quartets he formed in the churches where he served. He was a founding member of the Four Jacks, a pop music quartet popular in the late 1950s and early 1960s, and he formed The Ouachita Faculty Quartet upon joining the OBU faculty.
Dr. Root was predeceased by brothers Ronnie Root and Edwin Root, sisters Paula Knight and Jeanie Adams, and granddaughter Lorraine Root.

In addition to his wife, Mary, Dr. Root is survived by two sons and their spouses, Larry and Terrie Root of Little Rock and Jeff and Deborah Root of Arkadelphia. He is survived by three grandchildren, Olivia (Jeffrey) Lewis of Hensley, Wes (Hannah Vogler) Manus of Little Rock, and Abby (Stephen) Curry of Little Rock; great-granddaughter Evelyn Manus; two sisters, Ann Harris of Danville, Illinois and Sue (Donald) Cooley of Bald Knob; and brother-in-law and sister-in-law Horace and Shirley Windham of Alexander. He also is survived by 20 nieces and nephews who loved their Uncle Paul.

Visitation will be Monday, October 29, 6-8 p.m. at Ruggles-Wilcox Funeral Home in Arkadelphia. A funeral service will be held Tuesday, October 30, at 2 p.m., at First Baptist Church in Arkadelphia. The family would like to thank the CNAs, nurses and administrators at Twin Rivers Health and Rehabilitation for their wonderful care of Dr. Root during the last stages of his struggle with Alzheimer's. Memorial gifts may be made to the Paul and Mary Root Minority Scholarship Fund at Ouachita Baptist University, OBU Box 3754, Arkadelphia, AR 71998, or First Baptist Church Arkadelphia Music Ministry, 701 Pine Street, Arkadelphia, AR 71923.

To order memorial trees or send flowers to the family in memory of Paul Root, please visit our flower store.
Send a Sympathy Card