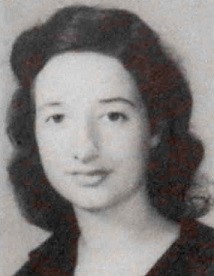 Millie Jane Hulsey, 83, of Bismarck passed away peacefully on October 19, 2019. She was born in Garland City, Arkansas, on January 26, 1936, to the late Walter and Tennessee Hunt Magby. She is survived by her two sons, Stephen and Jacquie Hulsey of Maumelle, and Robert and Monica Rayburn of Bismarck; grandchildren, Alan and Rosie Hayes and Hunter Rayburn.

Millie’s greatest loves were spending time with her grandchildren and being outdoors.

Graveside service will be at Phillippi Cemetery at Point Cedar on Wednesday, October 23, 2019 at 1:00 P.M.

To order memorial trees or send flowers to the family in memory of Millie Hulsey, please visit our flower store.