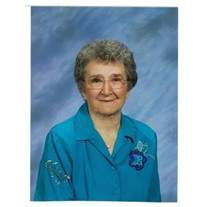 Mary Murrell Manning age 90 of Arkadelphia died Saturday, May 28, 2016. She was born in Clark County April 30, 1926 the daughter of George and Annie McAnally Murrell. She retired from Levi-Straus after 27 years and was a long time member of Richwoods Baptist Church and later Third Street Baptist Church. She was preceded in death by her husband, Thomas Allen Manning, two grandchildren, Chad White and Levin Higgs, two brothers Charles and Woodrow Murrell, and three sisters, Lola Manning, Dorine Abraham, and Ethel Neel.

Graveside funeral services will be 2 PM Tuesday, May 31st in the Richwoods Cemetery. Visitation will be 12:30 till 1:30 Tuesday at Ruggles-Wilcox Funeral Home in Arkadelphia.

Memorials may be made to the Richwoods Cemetery Fund c/o Nicky Todd, 170 Mt. Zion Rd., Arkadelphia, AR 71923. Sign on line guest book at www.ruggleswilcox.com .
To order memorial trees or send flowers to the family in memory of Mary Manning, please visit our flower store.