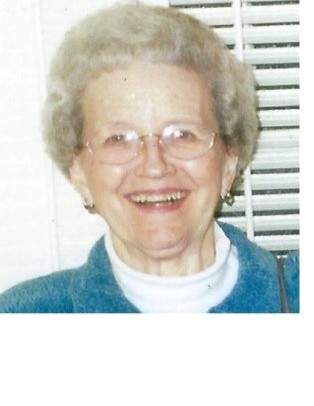 Martha Mosley McHaney, age 92, passed away peacefully in her sleep on July 12, 2019.  She was born in Rison Arkansas, the daughter of James G. and Anna Hunter Mosley.

She attended Ouachita College, majoring in home economics. That is where she met her future husband, Jack McHaney. After they married they moved to Dallas for Jack to attend dental school. Soon after Jack completed his military service, they moved to Pine Bluff where they lived until moving to Arkadelphia in 1991. While in Arkadelphia they reconnected with eight couples whom they met while in college. She and Jack treasured all the many friends made over many years,  and took great pleasure spending time with both friends and family.

She was a member of First Baptist Church in Arkadelphia, The Fidelis Sunday School Class, and she was a long-time member of First Baptist Church of Pine Bluff.  She was preceded in death by her parents, one brother, James Mosley, and the love of her life, Jack McHaney, to whom she was married for 54 years.  She is survived by her children, Jack McHaney Jr. (Cathy) of  Rogers, Mike McHaney (LaDonna) of  Bedford, Texas, and Laura Nix (Joe) of Arkadelphia, three granddaughters Mandy Thompson (Heath), Erin Gilleece, and Mikki Dewitt (Sean), and 5 great grandchildren.

She often remarked that perhaps God had forgotten her, but her stay here on earth gave all who loved her more time to be with her and learn from her.  Lasting memories of her reveal a life of dedication and love to her faith, her husband, and her children. Her cooking was unmatched. For many years she kept friends here in Arkadelphia supplied with sour dough bread. In addition to cooking, she will be remembered for her contagious laugh and keen sense of humor.  Our sadness at no longer having her here is lessened in knowing that she is reunited with her Jack and residing in Heaven where we look forward to joining her one day.

“A Mother is a woman who can take the place of all others, but whose place no one else can take.”

The family would like to offer their sincere thanks for the loving care given by the staff at the Plaza at Twin Rivers, as well as the staff of Kindred Hospice.  There will be a visitation at Ruggles-Wilcox Funeral Home (Arkadelphia) from 5:00 p.m. to 7:00 p.m. on Thursday, July 18, 2019. Private burial will be at Greenwood Cemetery in Rison, Arkansas.

To order memorial trees or send flowers to the family in memory of Martha McHaney, please visit our flower store.