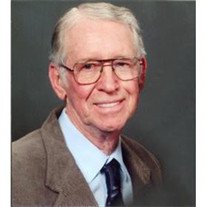 This obituary was prepared by Mr. Leon Herrin and this is how he wanted it to be published.
Roy Leon Herrin, age 80, passed from this life and started his eternal life April 27, 2016. I was born January 27, 1936 at Bismarck, AR to Travis and Pearl (Bagwell) Herrin, into a family of 8 sisters and 1 brother. I was number 10, the end of the train. They were loving parents and very proud of me. I was born on my father's birthday. My father was 54 years old and mom was 39. One of my sisters said she carried me on her hip until I drug my toe nails off. I didn't remember this but I guess it is true. Toe nails grow back, but fingers don't.

I went to work for OBU in 1979 in the maintenance department and worked assisting three different presidents, keeping their cars washed, gassed up and ready to go. When I was interviewed for the job, they asked me what I did, I said "nothing", and the man said, "I think I will hire you because that is what we do. We won't even have to break you in." So I went to work for OBU and worked 18 years and it was a great experience, I got to meet a lot of students from all over the world. I made many good friends there. Part of my job was moving things around campus. I must have moved everything over there at least twice. I was over waste management for a while. I picked up the trash from the buildings and took it to the dumpster. I tried to make it as fun as I could. I had as many as 17 work-study students assigned to me, and working with them caused me to require nerve pills!
I hope by now I have caused someone to smile, and I know this obituary is different, but I do have a serious side. I wrote two poems, one of them is a bit controversial.
If you want to know my serious side, go to www.poetry.com and pull up "God's Choice" and also "God's Will". I was led to put on paper how I feel about some things and I wrote these poems. I poured my heart out in these poems.
My wife and I attended Trinity Assembly of God up until I became ill.
Funeral services will be 10 AM Saturday, April 30th in the Ruggles-Wilcox Funeral Chapel with Pastor Rick Mays officiating. Burial will be in the Oak Bower Cemetery. Visitation will be 6-8 PM Friday night at the funeral home. Pallbearers will be Kevin Jester, Randy Stewart, Don R. Thompson, Ricky J. Herrin, Ronnie Echols, and Charlie Kratts. Honorary pallbearers will be Bill Bennett, Ray Stewart, Dr. Nolan Hagood & staff, Tommy Hodges and Leonard Beckwith
Memorials may be made to the Oak Bower Cemetery Fund.
To order memorial trees or send flowers to the family in memory of Leon Herrin, please visit our flower store.
Send a Sympathy Card