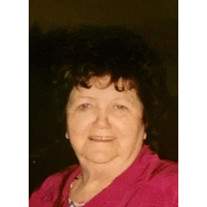 Lennie A. Buck of Arkadelphia, Arkansas, was born August 10, 1929 in Amity, to the late Arlie and Josephine Kirksey. She was a member of DeGray Baptist Church in Arkadelphia. Lennie retired from Levis Straus after 48 years. She had a love for gardening, her 6 cats, and enjoyed the Senior Citizen's Center, where she attended regularly until her health declined. Mrs. Buck died Tuesday, May 3, 2016 at the age of 86.

In addition to her parents, she was preceded in death by her husband, Orble Buck; son, Orville Buck; brothers, Glenn Kirksey, Loy Kirksey, Foy Kirksey, and Doyn Kirksey.

Visitation will be held Thursday, May 5, 2016 from 6:00-8:00 P.M. at Ruggles-Wilcox Funeral Home in Arkadelphia and funeral services in their Chapel, Friday, May 6, 2016 at 2:00 P.M. with Bro. Greg Kirksey officiating. Burial will be at Rest Haven Memorial Gardens in Arkadelphia. Pallbearers will be Frank Sherman, Hank Raschke, David Buck, James Ross, Mickey Buck and Kevin Compton. Honorary pallbearers are Darren Shaw and Terry Kirksey.
To order memorial trees or send flowers to the family in memory of Lennie Buck, please visit our flower store.