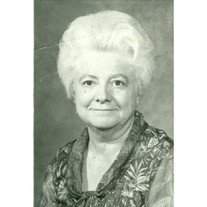 Juanita spent much time growing up in Kansas around Dadisman and Stearman relatives. During the Great Depression, Juanita's father was a traveling salesman. She and her mother traveled with him, moving over 50 times through the Southeast and Southwest, where stays could last anywhere from a few days to months. Juanita experienced cultural differences as well as social and racial inequality. She also cultivated an insatiable love of books; whenever they arrived in a new town, her mother would immediately take her to the nearest public library to acquire a library card and books.

Juanita completed high school in Houston, Texas, and then enrolled in Baylor University. At Baylor, she participated in archery and earned her baccalaureate degree in sociology and Bible studies in 1947. The following year she was awarded her M.A. in Sociology. At Baylor, she fell in love with Herman and they married on December 22, 1946.

In 1959, the Sandford family moved to Arkadelphia, Arkansas, when Herman joined the English faculty at Ouachita Baptist College (now OBU). In 1961, Juanita became a member of the sociology faculty at OBC. Her passion for anthropology, as well as sociology, led her to offer a special class in physical anthropology at the family home to a small group of students. In 1968 she "crossed the ravine" in Arkadelphia to become a sociology professor at Henderson State University.

Juanita was well known for her scholarship and activism. Known by some as the "Grandmother of Radical Sociology in Arkansas," much of her research and teaching centered on the sociology of race and ethnicity, poverty, aging, death and dying, and Women's Studies. In 1975, she founded and became coordinator of the Women's Studies Program at HSU. It was the first Women's Studies program in Arkansas and one of only 85 such programs in the entire country. Her research on poverty in Arkansas resulted in her book Poverty in the Land of Opportunity (1978) that received widespread attention. Other publications included book chapters, "Being Poor in Arkansas" and "Women's Liberation, the Church and Society."

Her activism in human rights began in the early 1960s when she began holding interracial meetings in Arkadelphia to support African-American college students who were integrating Henderson. Inspired by the work of Dr. Martin Luther King, Jr., she took her daughters and some students to hear Dr. King preach in 1963. She often gave workshops focusing on preparing public school teachers and administrators for integration. A proud feminist, she also worked diligently for passage of the Equal Rights Amendment.

Well known by state political leaders, Juanita was appointed to a number of statewide boards and committees. In 1976, she headed up a task force on Women in Higher Education as a member of the Governor's Commission on the Status of Women. The same year, then Attorney General Bill Clinton appointed her to the Consumer Advisory Board. She spoke at numerous conferences throughout the state and nation until her retirement in 1989.

Due to her vast achievements, Hendrix College awarded her the honorary Doctor of Laws Degree (LL.D) in 1991. The Department of Sociology/Anthropology at Hendrix College established the Juanita D. Sandford Social Justice Award, given annually to an outstanding student.

Funeral services will be 11 AM Tuesday, September 20th in Ruggles-Wilcox Funeral Chapel with burial in Rest Haven Memorial Gardens. Visitation will be 10 AM till service time at the funeral home.

In lieu of flowers, the family requests donations be given to the Department of Sociology/Anthropology, Hendrix College, 1600 Washington Ave, Conway, Arkansas 72032 or the charity of your choice.
To order memorial trees or send flowers to the family in memory of Juanita Sandford, please visit our flower store.