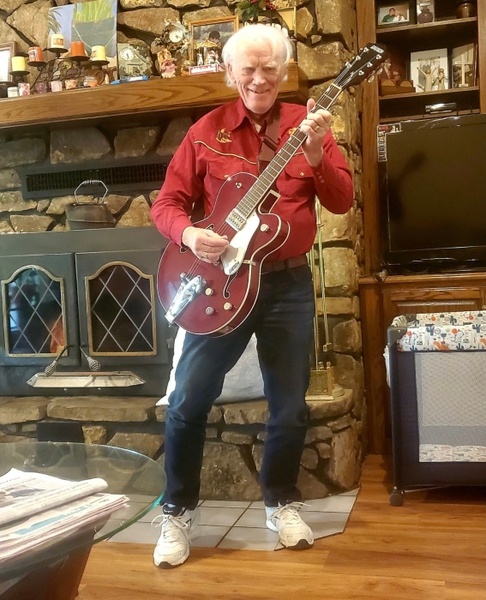 John “Johnny” Oliver Weaver entered this world on January 18, 1945 to Hazel Faye (Leopard) and Oliver “Bo” Alec Weaver in Arkadelphia, AR. Johnny passed away on August 15, 2021 at 76 years old. He attended and graduated from The Arkansas School for the Blind and Visually Impaired in Little Rock, AR where he was senior class president and a state champion wrestler. Johnny was an avid musician, who wrote and recorded several songs. Johnny and his wife Mary enjoyed going to different churches and nursing homes singing and playing music for the Lord. He owned and operated a piano store in Gurdon and has tuned pianos all his life. He worked at Arkansas Educational TV Network in Gurdon, AR as an electrical engineer for 46 years. Johnny was preceded in death by his parents Hazel Fay and Oliver “Bo” Alec Weaver and sister Delorise Wray.

Click to download / open
To order memorial trees or send flowers to the family in memory of Johnny Weaver, please visit our flower store.