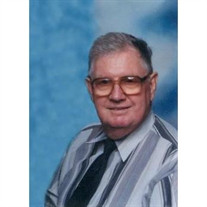 Jimmy Charles Kingrey Sr, age 80, of Dalark, went to be with his Lord on Saturday, May 28, 2016. He was born May 13, 1936 in Dallas County to Charlie Guy and Coy Dean "Kate" Fleming Kingrey. Jim was a member of Shady Grove Baptist Church. He was a lifelong farmer and cattleman. Jim and his dad were the first farmers to introduce rice as a crop in Dallas county.

Jim graduated from Southern Arkansas University with an Associates Degree. He was a member of the Cattlemen's Association as well as a supporter of American Family Radio and several missions. Most importantly, Jim was a devoted Christian man who read his Bible each day starting at breakfast and continued reading throughout the day.