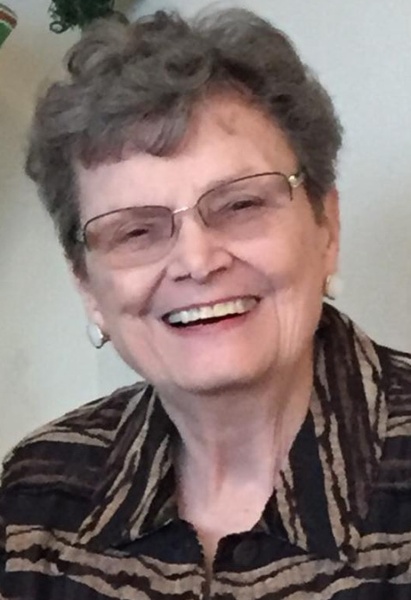 Jessie Lee Wood Johnson departed this earth to join her Heavenly Father on August 21, 2021. She was born in Blytheville, Arkansas to parents, R. W. and Roberta Wood on October 16, 1938. She was raised in Pine Bluff and attended public school there.

Jessie left Arkansas State Teachers College in her senior year to marry Harold and join him on his first Army assignment in Germany. It was there that she developed a taste for travel. During their 20 years in the Army and afterwards they traveled to almost all the states and several countries. She was a dedicated military wife and mother. Upon Harold’s retirement they moved to Arkadelphia where they remained until her death.

Family was the center of her life. She loved her children, grandchildren, and great-grandchildren. All sports captured her attention, but Ouachita Tiger events were the highlight. Holidays were special to her because it drew family members close. Christmas was the most special and she could always be seen wearing one of her many Christmas sweaters.

She worked as a church secretary in Texas and as an administrative assistant at Ouachita Baptist University. For over 10 years she was an active participant in Southern Baptist Disaster Relief and assisted in responses throughout the United States. She was an active member and volunteer at First Baptist Church, Arkadelphia.

A celebration of her life will be held at First Baptist Church at 2:30 PM Saturday, August 28, 2021. Burial will be at Rest Haven Memorial Gardens. Visitation will be 1:00 PM Saturday until service at the church.

Service will be livestreamed by First Baptist Church.  You may view the service here .

In lieu of flowers, it is requested that memorials be made to the Garner and Garnie Johnson Scholarship Fund at Ouachita Baptist University .

Arrangements are by Ruggles-Wilcox Funeral Home.

To order memorial trees or send flowers to the family in memory of Jessie Johnson, please visit our flower store.
Send a Sympathy Card