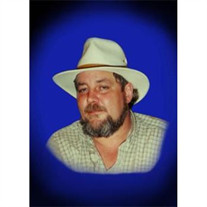 Jesse Coleman Priest Jr. age 57, of Dalark, passed away on Thursday, July 14, 2016 at his home. He was born March 31, 1959 in Arkadelphia, Arkansas. He attended school in Arkadelphia and then Hope Community College. Jesse was a welder and pre-fabricator and worked in sawmill construction.

Jesse was an avid sportsman and family man, enjoying deer hunting, fishing and watching Outdoor TV. He spent a lot of time with his father and brothers at Cypress Creek deer camp near Sparkman. Jesse loved many forms of music.

He was preceded in death by his parents, Jesse Coleman Priest Sr. and Barbara Jean Getty Priest.

Memorial services will be held at Manning Baptist Church in Manning, Arkansas on Saturday July 30th at 10:00 am.

Memorials may be made to Manning Baptist Church 11 Dallas 336 Sparkman, AR. 71763.
To order memorial trees or send flowers to the family in memory of Jesse Priest Jr, please visit our flower store.
Send a Sympathy Card