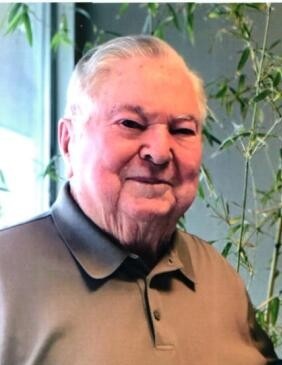 Jess C Phillips passed away peacefully at home on December 6 in Arkadelphia at the age of 93.

Jess is survived by his wife Nina McDaniel Phillips, his daughter Tina Phillips (San Francisco), and his grandson Clark Marshall (Little Rock).  He is preceded in death by his daughter Leisa Phillips Marshall, sisters Ruth Young and Mildred Wood, and brother Raymond Phillips.

Jess was born in Texarkana, Arkansas on December 1, 1928 to Jess and Susan Phillips.  He served in the US Marine reserves and in active duty.  Jess and Nina married on April 24, 1951 in Texarkana and recently celebrated their 70 th wedding anniversary.  Jess graduated from University of Texas (Austin) in 1956 with a degree in Chemical Engineering.  He then moved to Arkadelphia where he worked for Reynolds Metals for 35 years.  During his tenure at Reynolds, he was recognized for developing a patent to improve aluminum production waste management.   After retiring from Reynolds, he enjoyed international consulting assignments in the Middle East and in Europe.

He was an avid golfer and fisherman and was known for his keen sense of humor.

Donations in his memory can be made to First Baptist Church (Arkadelphia) for the Lottie Moon fund or to St Jude’s Children Hospital .

To order memorial trees or send flowers to the family in memory of Jess Phillips, please visit our flower store.