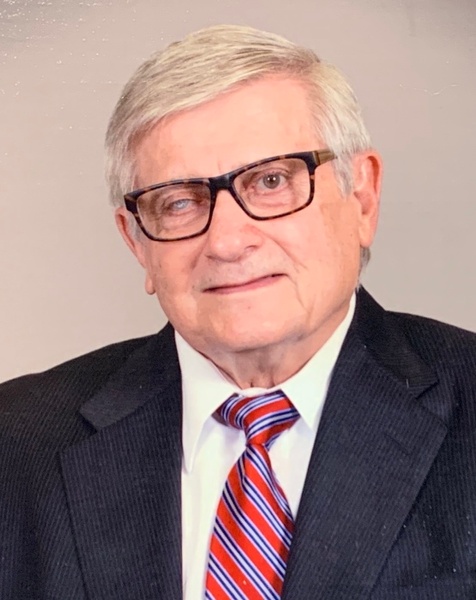 James graduated from Fountain Hill High School in 1956, Arkansas A&M in Monticello in 1960, and University of Arkansas for Medical Sciences in Little Rock in 1964.  He completed a one-year rotating internship at Confederate Memorial Medical Center in Shreveport, Louisiana before being drafted in 1965.  He served two years in the United States Navy as Chief Medical Officer on the USS Mississinewa and at Balboa Naval Hospital in San Diego, California. He then completed a four-year general surgery residency at Confederate Memorial Hospital.

He practiced general surgery for over 30 years in Arkadelphia, Arkansas, and Allen Parish, Louisiana.  During his time in Louisiana, he also served as coroner for twenty years and was the physician for the Coushatta Indian Tribe.

He was a member of the Arkansas Forestry Association and a certified tree farmer.

Click to download / open
To order memorial trees or send flowers to the family in memory of James Lowry, MD, please visit our flower store.