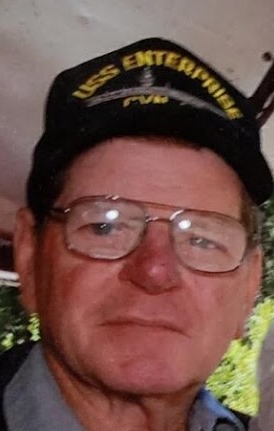 A veteran of the U.S. Navy, James served aboard the USS Enterprise, 1966-1968, as a Petty Officer in support of the Gulf of Tonkin during Vietnam, completing missions during the Pueblo event and Tet Offensive. Following his discharge, James worked for more than 40 years in the timber industry as a sawyer, millwright and lumber grader. An avid outdoorsman, James was a PADI-certified scuba instructor, a licensed private pilot, an award-winning archer, and enjoyed riding motorcycles, four-wheelers, and dirt bikes with his family and friends.

Visitation with the family will be Thursday, August 1, 2019, at 5:30 p.m. at Ruggles Wilcox Funeral Home with a Memorial service to follow at 6:00 p.m. with Military Honors.

To order memorial trees or send flowers to the family in memory of James Jackson, please visit our flower store.
Send a Sympathy Card