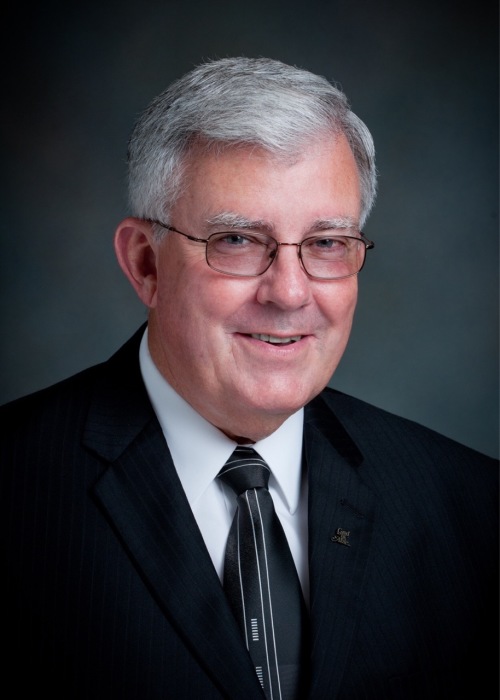 Reverend James Travis Calhoun, age 72, of Arkadelphia, passed from this life on Tuesday, February 11, 2020 at home surrounded by his family. He was born October 25, 1947 in Monticello, Arkansas, the eldest child of James Shelby and Oleta Scott Calhoun.

Bro. Calhoun was saved, baptized, surrendered to preach and was ordained at Holly Springs Missionary Baptist Church, in Star City, Arkansas. He was a graduate of Star City High School, attended UA Monticello and was a graduate of the Missionary Baptist Seminary in Little Rock. He pastored the following Missionary Baptist Churches in Arkansas: Mt. Tabor in Ola, Oakdale in Lonoke, Mt. Pleasant in Cabot. He pastored Baring Cross in Arkadelphia for almost 20 years before becoming the Promotional Director of the Arkansas State Mission Project (ASMP) in 2004. In this position, he and Linda traveled across the state of Arkansas to promote state missions. Bro. Calhoun dedicated his life to serving God through the American Baptist Association (ABA). He held the positions of ABA President, Vice President, Parliamentarian, and Chairman of the Standing Missionary Committee. He was also the Treasurer of the Arkansas State Association.

He was known by many names: James, James Travis, Bro. Calhoun, Bro. C, Preacher, Mayor, but to his family he was Dad and Pop C. Dad loved people, family reunions, potlucks, the St. Louis Cardinals, the Razorbacks, carpentry, American Pickers, presenting proclamations, talking on the phone, banana pudding, game shows and any kind of meeting where he could visit with people. He was passionate about supporting The Lord’s churches, missions, missionaries and pastors. Dementia may have shortened his life; but he has received his Heavenly reward and is at home with his Lord and Savior for all eternity!

James was preceded in death by his parents, his brother, Jean, and a granddaughter, Shelby Elizabeth Calhoun. He will be greatly missed by his wife of 52 years Linda Bolen Calhoun, his constant partner in ministry, his three children, Jamie (Emily) Calhoun of Noblesville, Indiana, Becky (Scott) Freeman of Arkadelphia, and Courtney (Ben) Barras of Arkadelphia; his brother Jerry Mack (Becky) Calhoun of Star City. He was the very proud of his grandchildren Matthew James Calhoun, Celeste Schultheiss, Rob Travis Calhoun, Tyler Freeman, Tucker James Freeman, Levi James Barras, and Milly Barras. He loved all of his extended Calhoun, Scott, and Bolen family members.

Click to download / open
To order memorial trees or send flowers to the family in memory of James Calhoun, please visit our flower store.
Send a Sympathy Card