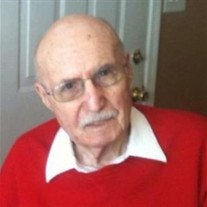 Ivy Smith Jr. passed from this life on November 13, 2018 at the age of 92. He was born on May 12, 1926 in Ozona, Texas to the late Ivy Smith Sr. and Delia Smith Thompson. He was raised by his dad, Ivy Smith Sr. and stepmom, the late Lois Sanders Smith, who took three old rough boys and raised them as her children. The Lord blessed us through her.
He was preceded in death by his wife of 64 years, Joyce Jurene Crow Smith who stood beside him through thick and thin; his son, Gary Winston Smith, who died at the age of 25 in 1979, who was a good boy and very much missed by his family; by his mom, Delia Smith Thompson; and also by his brothers, Alton Smith and Carlton Smith.
He is survived by the loves of his life, his daughter, Karen Elaine Hollis (husband Bill Hollis); by his grandchildren he loved so much and wanted the best for them in everything they did, Angela Kay Turner, Jay Wallace Spinks, (Lisa Spinks) and Andrew Patrick Spinks, (Savana Spinks), and his great-grandkids, Angelina DeShay Turner, Derrick Lamar Turner Jr., Herrin Patrick Spinks, Uriah Jay Spinks, Jager Curtis Spinks, Cason James Spinks, and Mika Lynn Spinks.
Ivy Smith attended Second Baptist Church and Trinity Temple Assembly of God Church in Arkadelphia. Ivy Smith was a veteran of World War II in Okinawa, China and the Korean War in Japan. He is a holder of the Purple Heart. Ivy, his wife and kids lived in Kermit, Texas about twenty-five years. While at Kermit, he was a meat market manager and vice president of Skaggs Industry. After retirement he and his wife moved to Blossom, Texas where he was a rancher.
He wanted you to know he believed in God and His promise of everlasting life, if you live for Him and believe in Him with your whole heart. He said it is good to have friends and along the way he had many friends. He said, "I will see you on the other side in Heaven. May God bless you and may He be with you." Ivy Smith Jr.
A visitation will be held at 10:00 a.m. Friday, November 16, 2018 at Trinity Temple Assembly of God, followed by a Funeral at 11:00 a.m. Burial with military honors will follow in Rest Haven Memorial Gardens.

To order memorial trees or send flowers to the family in memory of Ivy Smith, please visit our flower store.