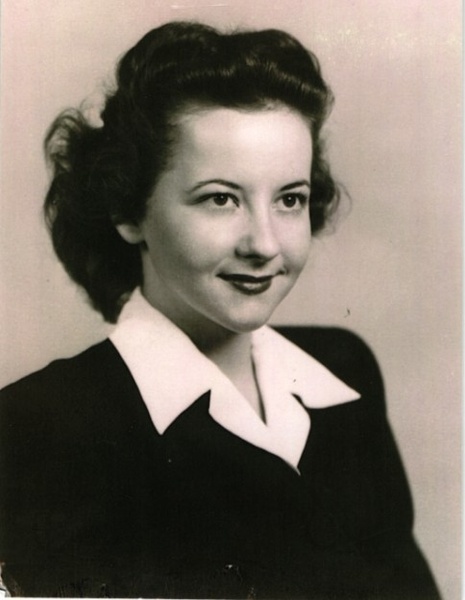 Helen Jane Fowler Quick was born March 5, 1925 in Dallas, TX to Trinton A. Fowler and Margery Fowler. Her Father worked for many years at the Fulton Bag and Cotton Mills, and her mother established and directed the Children’s Department at East Grand Baptist Church in Dallas. Jane graduated from Woodrow Wilson High School in Dallas in 1943 and enrolled in Baylor University in Waco, TX that summer. She returned to Dallas between ’44 and ’45 to work, then went back to Baylor. She graduated in May 1947 with her B.A., having completed all her courses work in a total of 2 years and 9 months.

On August 22, 1947 Jane married Randy Quick (also a Baylor Graduate). Their daughter Connie was born in Waco in 1948. Shortly thereafter the family moved so that Randy could begin teaching at the University of Houston. Their daughter Carol was born in Houston in September,1950.

In 1952 the family moved to Austin, TX while Randy worked on his doctorate. The next year they moved to Arkadelphia, AR where Randy, and later Jane, taught at Ouachita Baptist University for many years. Jane received her M.A. in 1968 and taught English at O.B.U. until 1991. She returned later in the 90’s to teach English as a Second Language to international exchange students from the former Soviet Union.

Jane was always serving somebody, whether it was family, her church or her students. When in her presence you always knew that you had her undivided attention. She was tirelessly faithful to her two daughters and her grandchildren, and she was always Randy’s best audience and supporter. She knew her Lord Jesus very well, praying daily and often asking Him pointed questions.

She is now reunited in heaven with her husband Randy and her daughters Connie and Carol. She lovingly leaves her sister Joyce and her children, her grandchildren Charley Lane and Catie Curtis (Ryan), great-grandsons Joshua, Nathan and Timothy Curtis, and son-in-law Chuck Lane.

The family requests that any donations made in her honor be sent to the Department of English at Ouachita Baptist University or to First Baptist Church of Arkadelphia, AR.

To order memorial trees or send flowers to the family in memory of Helen Quick, please visit our flower store.