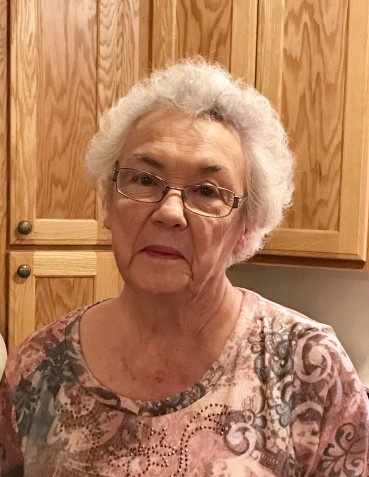 Glenda Faye (Hopper) Fleming, age 87, of Sparkman, passed away Thursday, February 11, 2021. Glenda was born on January 19, 1934 to Ware and Verna (Hirst) Hopper. She married Richard Fleming on June 29, 1951. Early in their marriage, Glenda and Richard worked for seven years at International Paper Company in Mobile, Alabama. After returning to Arkansas, Glenda began working with the Sparkman School District where she worked as an administrative assistant for 48 years, retiring at the age of 80.

Glenda is survived by three daughters: Yevonne (Bill) Conrad of Colorado Springs, Colorado; Arlene (Jasper) Goza of Arkadelpha; Anne Clayton of Arkadelpha; and her son, Rickey Fleming of Sparkman. Glenda has eight grandchildren: Faith Campbell, Drew (Katie) Goza, Paul (Kristin) Goza, Trish (Terry) Spradlin, Christi (Noah) Davis, all of Arkadelphia; Daniel (Leeann) Clayton of Farmington, MO., Shawn (Shannon) Fleming and Emily (Dru) Lindsey of Camden; and 21 Great-grandchildren. She is also survived by two sisters, Joyce Hamm of Las Vegas, Nevada, and Dorothy Kettle of Fordyce; and one brother, Travis (Janis) Hopper of Hot Springs Village. There are also many nieces and nephews, cousins and other family members who loved her. We will all miss her beautiful smile and kind, loving heart.
Glenda was preceded in death by her husband, Richard; her grandson, Brian Conrad; her parents; her sister, Bernice Presley and her brother, Raymond Hopper.
Glenda was active in her church for almost 60 years serving as Sunday School teacher, choir member, church librarian, and more. She enjoyed reading, puzzles of any kind, and working outside in the yard and garden.
Funeral services will be held at 2:00 p.m. on Sunday  February 21 at Sparkman First Baptist Church with Bro. James Guthrie, Bro. Daniel Clayton, and Bro. Wade Totty officiating. Burial will be at Chapel Hill Cemetery by Ruggles-Wilcox Funeral Home of Arkadelphia. Visitation will be 6-8 p.m. Saturday at the Funeral home.
Memorials may be sent to Sparkman First Baptist Church, or nonprofit of your choice.
To order memorial trees or send flowers to the family in memory of Glenda Fleming, please visit our flower store.