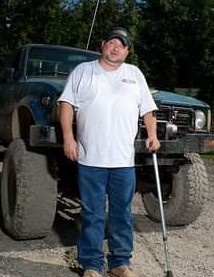 Glen started attending school at Cannon Elementary School in Grapevine, Texas. After his family moved to Arkansas, he attended school in Nashville where he was a Scrapper and graduated high school from Emmett.

Glen started working at Domino’s Pizza in Hope. He was a truck driver most of his working life, when he wasn’t driving on the road, he worked for Smith Ready-Mix Concrete. He also was a mechanic and enjoyed being an off-road enthusiast.

He was preceded in death by his parents and one brother, William Jeffrey McDade and one half-sister, Ruth Wixom of Casper, Wyoming

Services will be held later.

In lieu of flowers, memorials may be made to the family or funeral home for final expenses.

To order memorial trees or send flowers to the family in memory of Glen McDade, please visit our flower store.