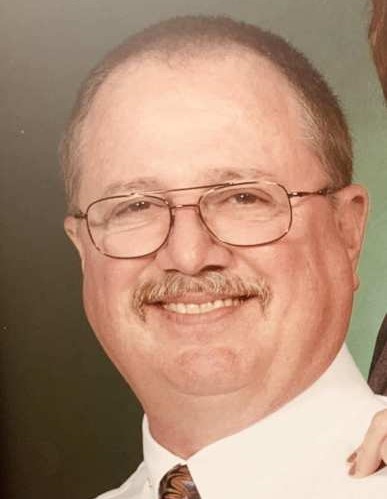 Gerald (Jerry) Marshall Cox, 70, of Bismarck, AR leapt into Jesus’ arms January 21, 2020 surrounded by his loving wife and daughters. Jerry was born October 28, 1949 in Arkadelphia, AR to Martha Lura (Marshall)Cox and Rufus Donald Cox of Gurdon AR. He graduated from Gurdon High School in 1967 and continued his education at OBU, receiving his BSE in 1972.

Jerry married his high school sweetheart Susie Hughes, August 7, 1970. They were married just shy of 50 years, he loved her since he was 12 and she was 10 years old. He would often say he knew she was the one from the first time he saw her.

Jerry, (Mr. Cox to so many), taught at Bismarck High School for 27 years, and was teach coordinator for 7 years. He drove a bus for 29 years where he was the first and last face many children saw every school day. He was so much more that just an educator as he was a massive storyteller, good-natured teaser, genuine mentor, and life-long learner. He also worked at the US Army Corps of Engineers at Degray Lake for 19 years. He was a member of Sulfur Springs Masonic Lodge #100. He was a member of First Baptist Church of Bismarck where he served as Deacon since 2004. It was his last and most fervent prayer that everyone would trust in Jesus as he had.

Jerry had so many interests and hobbies across his lifespan including reading, fishing, wood carving, bicycling, Tae Kwon Do, weightlifting, and technology. He often expressed that one lifetime would never be enough to do everything he wanted. He was never happier than when in good conversation with kindred spirits.

Jerry is preceded in death by his parents and his father-in-law, Andy Hughes.

Jerry is survived by his wife of 49 years, Suzetta (Susie) Cox of Bismarck, AR, daughters Haley Bray (Jimbo) of Carlinville, IL and Christina Hain of Bismarck, AR, grandchildren Jacob, Sydney, John, and James Bray, Rhett and Ryleigh Hain, his sisters Lauren Hill (Gary) and Lura Lawrence (James) all of Conway, AR and many other beloved relatives and friends.

Visitation is 6-8 PM Friday, January 24th and a Celebration of Life at 10:00 AM Saturday, January 25th at Ruggles-Wilcox Funeral Home in Arkadelphia. Memorials may be made to First Baptist Church of Bismarck

Click to download / open
To order memorial trees or send flowers to the family in memory of Gerald Cox, please visit our flower store.