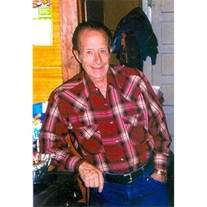 Floyd D. Buck, age 85, of Arkadelphia, passed away Wednesday, April 13, 2106 at his home. He was born September 27, 1930 to the late John Wesley and Adellia Jamison Buck. Floyd was a U. S. Army veteran of the Korean War. In his later years, he was a carpenter and concrete finisher.

Funeral services will be 2:30 pm Saturday, April 16th at Ruggles-Wilcox Funeral Home with Rev. Charles Jackson officiating. Burial with military honors will be in Richland Cemetery. Visitation will be 6-8 pm Friday at the funeral home.