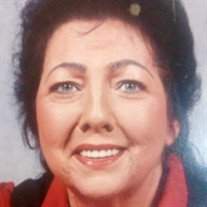 Evelyn A. Wright age 76, of Camden, passed away Wednesday, June 27, 2018 at her home. She was born May 18, 1942 in Camden, AR. to Thurman Bailey and Myrtle Martin Brian. Evelyn was a member of Warner Spur Assembly of God Church in Camden.


She was preceded in death by her parents, her husband, Kenneth Wright; one brother, Glen Bailey and one sister, Lavonne Hein.


Private family services will be held at a later date.
To order memorial trees or send flowers to the family in memory of Evelyn Wright, please visit our flower store.