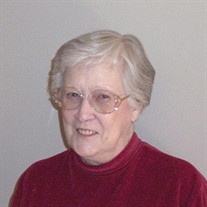 Elsie Harrison age 88 of Arkadelphia, formerly of Tomball, Texas, passed away on November 3, 2017, at Twin Rivers Health and Rehabilitation in Arkadelphia. She was just four days shy of her 89th birthday. Miss Elsie was born November 7, 1928, in Tomball, Texas, the daughter of the late Willie Roy Bonds and Cora May Bonds.

She had five siblings, all of whom have predeceased her, except her brother Charles Bonds of Tomball. Elsie had two children, Cora Davidson (Ronald) of Arkadelphia, and the late Charles Dukes of Tomball.

She leaves two grandchildren: Melissa Davidson-Parker (Rodney) and Christopher Davidson (Shelley), both of Arkadelphia. She had three great grandchildren: Blake Caldwell (Alison) of Curtis, and Cori Davidson and Nichole Davidson of Fayetteville, Arkansas. Miss Elsie has several beloved nieces and nephews in Texas. She spent most of her working career as a hospital office staff until she retired and moved to Arkadelphia to be closer to her extended family. Elsie was a member of the First United Methodist Church of Arkadelphia.

A memorial service will be 2:00 P.M. Thursday November 9, 2017 in the Ruggles-Wilcox Funeral Home Chapel in Arkadelphia. The guestbook can be signed online at www.ruggleswilcox.com .

To order memorial trees or send flowers to the family in memory of Elsie Harrison, please visit our flower store.