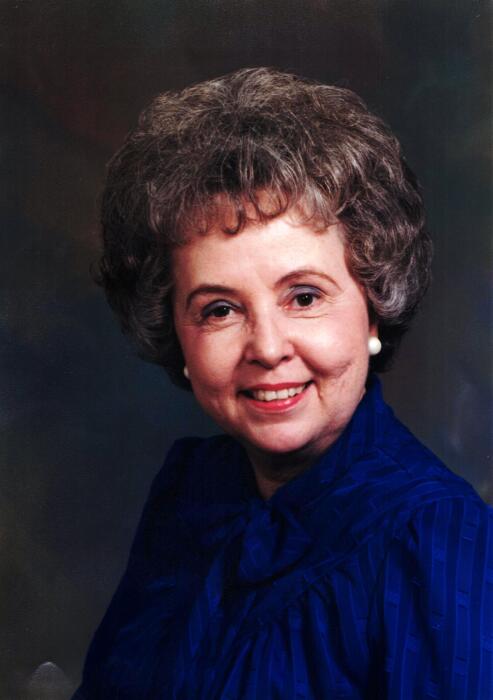 Her God, her family, her teaching, and her travels were the major joys in the life of Dr. Meta Sehon Wallace who died November 27, 2020.    She was born on January 14, 1932 to Arthur and Alice Sehon in Huttig, Arkansas, the youngest of seven children, all of whom preceded her in death.  Meta is survived by five nephews:  Steve and Jimmy Sehon of Eureka, California; Carl Blake, Jr. (Susan) of El Dorado, Arkansas; David Sehon (Debbie) of Magnolia, Arkansas; Ronnie Sehon (Gail) of Junction City, Arkansas; four nieces, Patricia Jernigan (Arvy) of Troup, Texas; Diann Cummings of Dayton, Texas; Gwen Perkins Jennings of Corpus Christi, Texas; and Margaret Sehon Sheffield of Beaumont, Texas.  She is also survived by many great nieces and nephews and great-great nieces and nephews, in whom she delighted in their calling her “Aunt Meta.”

Meta graduated from Huttig High School in 1950 as Valedictorian of her class and from the University of Central Arkansas in Conway where she met and married her husband B. T. (Bill) Wallace on December 3, 1952.  Her husband preceded her in death in 1994.  Meta taught English briefly at Corning High School and several years at Conway High School.  After receiving her Master’s Degree in English Literature from Vanderbilt University in Nashville, Tennessee and her Ph.D. in English Literature from the University of Arkansas at Fayetteville, Meta taught twenty eight years at Henderson State University in Arkadelphia.  Retirement came in 1994 after forty years of teaching.

After retirement, Meta became an active member of Arkansas Retired Teachers Association where she served as president of the Arkadelphia Unit and later as Director of Area IV for four years.  She remained an active member until her death.

A dedicated member of the First United Methodist Church in Arkadelphia, Meta was the first woman to serve as Chairman of the Administrative Board at the church.  She also served as Lay Leader in the church, served on many committees, taught a Wednesday morning Bible Study, and taught an adult Sunday School class for many years.  At her death she was a member of the Upper Room Sunday School Class, where she was one of the teachers.

In 1970 Meta served as State President of the Order of the Eastern Star in Arkansas, a position of great significance for her.  Following her term as State President, she served on the national level as Chairman of the Public Relations Committee for three years.  Her greatest pleasure was serving on the Arkansas State Proficiency Committee for 17 years.

A lover of travel, Meta visited all 50 states, Canada, and Mexico, and much of South America.  She visited 68 foreign countries from England to China.  She especially enjoyed three trips to the Holy Land and five trips to Africa.  Her travels included all the continents except Artica and Antarctica.  Her library of picture albums from all of her travels afforded Meta much joy after her retirement.

A graveside service will be held under the direction of Ruggles-Wilcox Funeral Home at Rest Haven Memorial Gardens in Arkadelphia on Tuesday, December 1, at 10 a.m., with Pastor Bill Cato and Reverend Carroll Jackson assisting.

In lieu of flowers, the family requests that memorials be made to First United Methodist Church in Arkadelphia.

To order memorial trees or send flowers to the family in memory of Dr. Meta Wallace, please visit our flower store.
Send a Sympathy Card