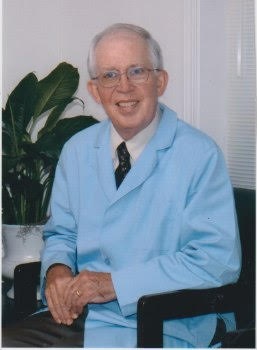 He was born August 23, 1938, in Sparkman, Arkansas, the son of James Caldwell Taylor and Helen DeLaughter Taylor.  Dr. Taylor received his undergraduate and medical degrees from the University of Arkansas.  Following graduation in 1963, he completed his internship at Confederate Memorial Medical Center in Shreveport, Louisiana, where he met the love of his life, Jeannie Houser.

George and Jeannie married on September 3, 1964 and enjoyed 54 wonderful years of marriage. Dr. Taylor returned to his hometown of Sparkman, Arkansas to follow in the footsteps of his beloved uncle, Dr. J.E.M. “Uncle Doc” Taylor.  He later moved his practice to Arkadelphia, Arkansas and practiced for a total of 41 years before retiring in 2006 and moving to Texas to be near his grandchildren.

Dr. Taylor was a life-long member of the American Medical Association, the Arkansas Medical Association and the Clark County Medical Society, as well as the Arkansas Caduceus Club, which promotes scholarships for medical students.  He was a member of the Sparkman School Board, the Methodist Men’s Club and Lions Club and was Chief of Staff of Twin Rivers Medical Center.

George loved Arkansas and the Razorbacks and taught many Texans how to call the Hogs over the last 13 years.  He also loved the outdoors and spending time on his farm, hunting, fishing, and gardening.

As a doctor, he cared deeply about his patients.  He always slept on his right side so he could answer the phone on the first ring if one of his patients needed him. Above all, George cherished his family.  Affectionately known as “Grandpa,” he and Jeannie were very involved in their children’s and grandchildren’s lives, coaching the “Taylor’s Tigers” little league team in Sparkman, attending recitals and as many sports games and grandparents days as they could.  He valued hard work, honesty, family and his friends.  He adored Jeannie and loved her cooking.

Dr. Taylor was preceded in death by his son, John S. Taylor and his brother James “Bo” Taylor.

Visitation with the family will be held from 5:00-7:00 p.m. on Wednesday, June 5, 2019 at the Ruggles-Wilcox Funeral Home in Arkadelphia, Arkansas.  A Memorial Service will be held at 2:00 p.m. on Thursday, June 6, 2019 in the Sparkman United Methodist Church with Pastor Peggy Abbott officiating, preceded by a private family internment.

If desired, in lieu of flowers, memorials may be made to the charity of your choice.

To order memorial trees or send flowers to the family in memory of Dr. George Taylor, please visit our flower store.