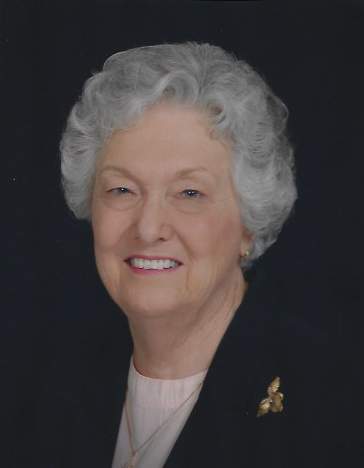 Dorothy Jackson Shiver, 86, went to be with the Lord on January 9, 2021 in Hendersonville, Tennessee. She is preceded in death by her husband of 61 years, David Hawley Shiver. She was a long-time resident of Arkadelphia, Arkansas. Dorothy was born in Tuscumbia, Alabama on August 2, 1934 to Fletcher and Mattie (Taylor) Jackson. She had a twin sister, Doris (Quinton) Johnson; a brother, Charles (Judi) Jackson; and another sister, Martha (Bo) Sherrill.

Dorothy met David while they were working for Reynolds Metal Company in Alabama. After they married in 1957, Dorothy was a stay-at-home mom for a number of years before returning to work as a secretary. When David was transferred to Arkadelphia, she got a job with the Arkadelphia Development Center and retired from there some years later.

Dorothy and David were active in the First United Methodist Church in Arkadelphia. She loved her Sunday School class, as well as her United Methodist Women group. She was fond of card games and Mexican Train dominoes. And, there were a few years of square dancing. She also took up golf after retirement and looked forward to rounds with her girlfriends.

A graveside service will be held at Rest Haven Gardens Cemetery on May 15 at 10:30 a.m.

To order memorial trees or send flowers to the family in memory of Dorothy Shiver, please visit our flower store.