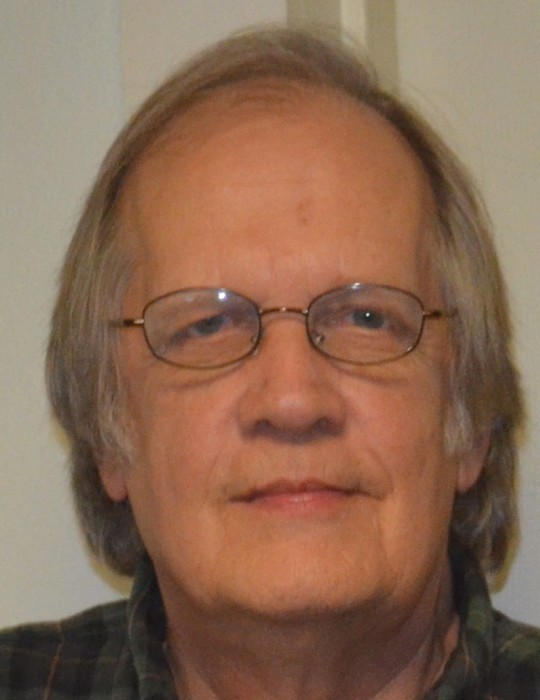 David B. Treadway, 69, of Arkadelphia, passed away Friday morning February 7, 2020 due to complications of cancer. A veteran broadcaster and musician David was born in Arkadelphia on February 1, 1951 to Martha J Kizziar and Grover S. Treadway. He grew up near Friendship in Hot Springs County where he and his cousins Calvin, Marvin, James, and Ed formed a rock and roll band called “The Slugs” and played dances on weekends.

In 1968 he graduated from Ouachita High School and enrolled at Henderson State University where he majored in English, Speech Communication, and avoiding the Viet Nam War.  However, he was very proud of his ROTC “Sharp Shooter” metal.

While at Henderson he was recruited for the newly created broadcast program and was among the original air staff of campus radio station, KSWH. With his unique voice, wide vocabulary, and quick sense of humor he soon found paid part-time work at KVRC Arkadelphia, KXOW Hot Springs, and KAAY in Little Rock.  He became well known on campus not only for his verbal ability, but also for his musical gifts. He had the ability to play almost any stringed instrument with no training and little practice. He joined a trio with communication professors Ed Ryland and Charlie Sandage, and they became life-long friends. They eventually expanded to include David Newbern and Aubrey Richardson. They performed throughout the state as Sugar Hill for decades.  He also performed with other bluegrass groups such as Posey Hill and the Edgar Allan Poe Boys. After becoming enamored by Irish electric rock during a trip in 1995, he met Irishmen Davy Moore, Gordon Allison, and Stephen McDowell and he performed with them as Hell’s Kitchen for several years.

In 1971 David accepted a fulltime position at KAAY in Little Rock working under the name of Doc Holliday.  He was the seventh and final announcer to use that air name. By the mid-seventies he was using his own name. Through the years his voice streamed from several spots on the dial including KLAZ, KLIT, KARN, KKYK, and KSSN. His most enjoyable time was on the morning show at US97 in Hot Springs.

David was on the air when birthday-linked draft lottery numbers for men born in 1951 were drawn and released via news wire.  Low lottery numbers where drafted into the military first. He read all 365 numbers without interruption. He met men for the rest of his life who recalled the moment they heard him read their number.    He always replied that he only intended to read until he found his own number, but when it didn’t come up until 361, he decided to finish the list.

Friend and colleague, Scott Charton, wrote: David B. was the quickest wit and the most unflappable behind a mike and control board. He had an acute ear for audio perfection, encyclopedic musical knowledge, and his string skills as a bluegrass artist were beautiful. David B. put on no airs, was comfortable in his pink and purple socks, and was proud to hail from Friendship, Arkansas.  He has Saint Peter in stitches and is organizing a heavenly bluegrass band.

David is preceded in death by his parents. He is survived by Pat, his wife of 47 years; their son, Matthew and his wife Maria; and his sister Debra Davis, and her husband, Gary.   A memorial service is scheduled for 4:00 on Monday, February 9th at Wilcox Ruggles Funeral Home in Arkadelphia. A celebration of his life is planned for Sunday, February 16th from 3:00-5:00 at the Ron Robinson Theatre in Little Rock. Musicians and radio storytellers are encouraged to participate.  All are welcome.

Click to download / open
To order memorial trees or send flowers to the family in memory of David Treadway, please visit our flower store.
Send a Sympathy Card