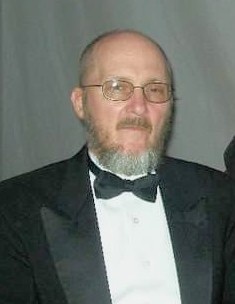 David A. Smith, age 68, of Arkadelphia, passed away Sunday, September 12, 2021. He was born April 15, 1953, in DeQueen, Arkansas to the late Harold and Zella Mae Allen Smith. David attended Gillham High School and graduated in 1972 as class Salutatorian. He graduated from Henderson State University in 1976. He entered the United States Army where he served as 2 nd Lieutenant in the 2 nd Armored Cavalry.

David was a member of Trinity Temple Assembly of God Church in Arkadelphia.  He was an LPN with ICU/critical care for thirty-five years. He served the last sixteen years as chaplain for the Baptist Health Hospital. David was an avid runner, bicyclist and enjoyed martial arts. His passion was his Bible, Bible study and leading people to Christ.

Memorial service will be 2:00 PM Saturday, September 18 th at Trinity Temple Assembly of God Church.  Service will be livestreamed via facebook.com/ttag.church

In lieu of flowers, memorials may be made to the David or Nancy Smith memorial fund at Patterson Federal Credit Union.

Click to download / open
To order memorial trees or send flowers to the family in memory of David Smith, please visit our flower store.