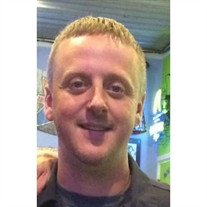 Daniel Brian Pugh age 42 of Arkadelphia died Tuesday, September 22, 2015. He was born November 25, 1972 the son of Chester and Sherry Schmidt Pugh. He was a supervisor at Chick-Fil-La, a former employee of Slim & Shorty's Restaurant and a member of the Trinity Temple Assembly of God Church.

Memorial service will be 11:00 am Saturday, October 3rd at Trinity Temple Assembly of God 3509 W. Pine St. Arkadelphia, AR. 71923.
To order memorial trees or send flowers to the family in memory of Daniel Pugh, please visit our flower store.
Send a Sympathy Card