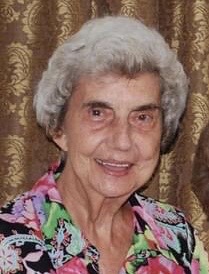 Claudean Sealy, 88, of Arkadelphia, Arkansas passed away Saturday morning, October 9, 2021, in her home.

Claudean was born January 19, 1933, to Claud Forrest Malcom and Alta Lee Wilson Malcom in Monette, Arkansas. She graduated from Arkadelphia High School. She was married to Garland Sealy until his passing in 1991. Claudean was a member of Third Street Baptist Church.

She was preceded in death by her husband, her mother and the following brothers and sister: James F. Malcom (Lorena), Paul W. Malcom (Lillian), Doyle F. Malcom (Corine), Bertha A. Whitworth and CF Malcom.

Claudean worked at Oberman’s and the Hollywood Vassarette during her career years.  After retirement, she and her sister, Wilma Franklin kept small children in Wilma’s home for many years.

Claudean and Wilma had many adventures together. It was common for them to take random trips and at least yearly vacations. As Claudean’s health deteriorated after a stroke Wilma became her sole caregiver.

One of Claudean’s biggest regrets is that she could not have her own children. Overcoming those losses earlier in life were a challenge. However, she quickly jumped in and joined her siblings in loving all her nieces and nephews.

She leaves behind a host of nieces and nephews.

A graveside service will be held at Richland Cemetery Saturday, October 16, 2021, at 11:00am. Brother Robbie Horne, officiating. Visitation will begin at the graveside at 10:00am.

To order memorial trees or send flowers to the family in memory of Claudean Sealy, please visit our flower store.
Send a Sympathy Card