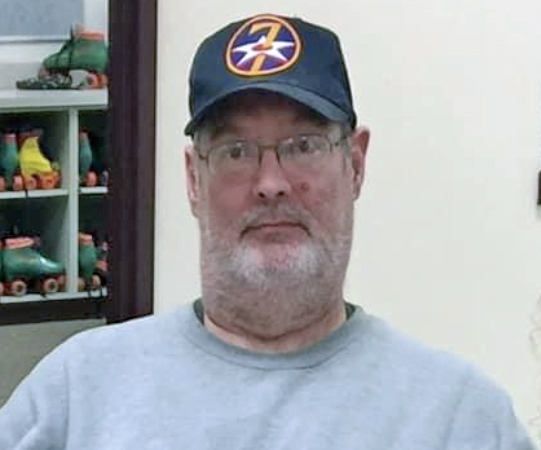 Captain Christopher Warren Robertson (United States Air Force), of Benton, age 57 years and ten months, a sixth generation Arkansan, passed away on the 20th of June, 2021 at his home. He was the son of the late and former Lt. Colonel Thomas Alton Robertson, Jr., of Alpine, and Thelma Ruth Pittman Robertson, also of Alpine.

Christopher was born in Arkadelphia, Arkansas on the 31st of August 1963. He was preceded in death by his father, Lt. Colonel Thomas Alton Robertson, Jr., and brother, Michael Robertson.

Christopher enjoyed genealogy, history and spending time with his family. He also was known to care for animals; whether they were his or just visiting.

Christopher graduated high school in 1981 from Omaha, Nebraska and attended the University of Arkansas at Fayetteville, where he received a Bachelor of Science in History and German in 1986. He entered active duty in the Air Force and began Intelligence Officer training at Lowry AFB, CO. In 1987, he transferred to McConnell AFB, KS. and became an Intelligence Applications Officer. In 1991, he transferred to Goodfellow AFB, TX for Target Intelligence School. He was then sent to Osan AB, ROK Korea for one year as a Combat Targeting Officer. In 1992, he returned to Benton, AR and civilian life. He enjoyed working as a Residential Treatment Counselor and a Medical Records Coordinator at Youth Homes, Inc. in Little Rock, AR until he retired.

The visitation will be held on June 26, 2021, at Sweet Home Primitive Baptist Church, Garner Mountain Road, Alpine, AR., 71920 at 1:00, followed by the funeral service at 2:00. The burial will follow at the Alpine Cemetery.

He was loved dearly and will be greatly missed.

To order memorial trees or send flowers to the family in memory of Christopher Robertson, please visit our flower store.
Send a Sympathy Card