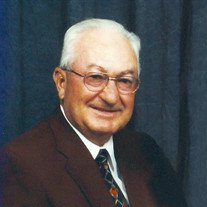 He was a retired Postmaster of Bismarck having 31 years of Federal Services. He was a Veteran of the U.S. Army having served from 1958-1962 with the 496 Quartermaster Company at Fort Lee Virginia and the Memphis General Depot. He recently had attended a reunion in Eastern Kentucky with his old military buddies.

He and his two children, and all five grandchildren graduated from Bismarck High School. He was predeceased by his parents Charles and Primmie, and four siblings; Maureen Sutton Deichmeister of Alexandria, VA, Pauline Bingham Pasley of Bismarck, Margaret Sutton Tarpley of Bismarck and Dozier Linsey Sutton of Mesquite, TX.

He loved to drive, which enabled him to visit most of the United States including Alaska and Canada.

Charles Melvin Bingham answered his call to the active mission field by teaching God's Party Line from his home sponsored by First Baptist Church. God's Party Line serves as a teleconferencing method of teaching the gospel by reaching shut-ins living at home or in the hospital, etc. He was tremendously blessed by being able to participate in God's Party Line during his lengthy illness.

Visitation will be held at 12:00 p.m. Monday July 31 at First Baptist Church with funeral services to follow at 2:00 p.m. Former pastor Brother Jeremy Greer of Lubbock, Texas will be preaching the service with current pastor Evan Smith of Bismarck. Interment will be at Pleasant Hill Church of Christ Cemetery in Bismarck, Arkansas. In lieu of flowers, the family requests memorials be made to First Baptist Church memorial fund for Charles Melvin Bingham at U.S. Bank, P.O. 287, Bismarck, AR 71929. All funds to be used for the upkeep of the Pleasant Hill Church of Christ Cemetery.

To order memorial trees or send flowers to the family in memory of Charles Bingham, please visit our flower store.