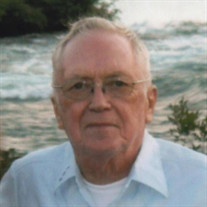 Carroll Dean Rhoden age 76 of Okolona, died February 11, 2018, at Wadley Regional Medical Center in Hope, AR. Born September 17, 1941, the son of Louis and Mary Rhoden in Sheridan, AR. He was a sheet metal worker for 40 years and the President of Tolar Lake Hunting Club for twelve years, to say he loved to hunt is an understatement. He was also fond of grey Brahman Cattle, Appaloosa Horses, good hunting dogs, big buck deer, and the color yellow.
He was preceded in death by his parents; one sister, Barbara Jean Davis, and his parents-in-law, Millard and Katherine McCauley of Okolona. He is survived by his wife of 50 years, Phyllis McCauley Rhoden of Okolona; two sons, Clay Rhoden and his wife Jessica of Sheridan, and Clint Rhoden and his wife Michelle of Bryant; two grandchildren, Cameron and Spencer Rhoden of Bryant; an adopted daughter, Diane Donaldson of Sheridan; a brother, Phillip Rhoden (Linda) of Sheridan.
Memorial services will be 1:00 pm Thursday February 15, 2018 at Okolona United Methodist Church with Travis Langley & Pastor Andrew Orr officiating. In Lieu of flowers, memorials may be made to the Smyrna Cemetery fund, C/O Vonnie Smith, 1369 Davidson Campground Rd. Okolona, AR 71962 or The Okolona United Methodist Church Fund.

To order memorial trees or send flowers to the family in memory of Carroll Rhoden, please visit our flower store.