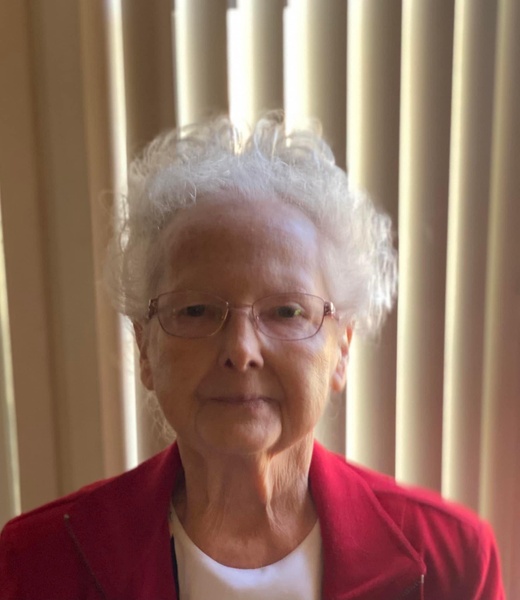 Carmen was born in Wauwatosa, WI to Beulah Bates. She was adopted at a very young age by Arch and Mildred Hatman, who preceded her in death.

She was blessed to learn about Jesus early in life and she received the gift of the Holy Ghost and was baptized in Jesus name when she was a teenager.

She graduated from Mountain Home High School in 1955 and left home to work in Harrison, where she met Jimmy Joe Epley, who captured her heart. They married on February 2nd, 1958 in Harrison, AR. They were married almost 58 years when he preceded her in death.

She and Jim had two sons, Steve, wife Sandra, and Greg, wife Sandie, who survive her in death, along with two grandsons, Chad, Amy, and unborn son Taysom, and Jeremy, wife Ange and great-granddaughter, Shelby.

When Carmen married, she became a pastor’s wife. They spent a lifetime of serving and enjoyed attending services in various places, especially at the Arkansas District UPC Campground in Redfield AR. She loved to fellowship, especially after their retirement, when they began attending First Pentecostals of Arkadelphia.

Much later in life, Carmen was able to successfully locate her biological brothers, Jim and Jerry Stone, who preceded her in death. She developed a close relationship with many of them, especially Frank and Sherry.

She is survived by her immediate family, many nieces, nephews, cousins, her sister, Fern Brown, husband James, her “Golden Girl” troublemaker, Peggy Lormand, her friends, Georganne Stallings, Kathy Loden, Sheila Russell, Betty Patton, and her “adopted son”, Barry Jones and wife Janice, her pastor and wife, Rev. Richard and Debbie Price and all of her church family at First Pentecostals of Arkadelphia, who has taken special care of her since she became a widow in 2016.

Visitation will be held from 3-5 p.m., Thursday, March 31, 2022 at The Pentecostal Church of Arkadelphia, with a meal provided for everyone. Service will immediately follow, at 7:00 p.m. at the church. Service will be LIVE on Facebook at The Pentecostal Church of Arkadelphia or the funeral home website. Burial will be on Saturday, April 2nd, 2022 at Farewell Cemetery, near Green Forest AR at 12:00 p.m.

To order memorial trees or send flowers to the family in memory of Carmen Jean Epley, please visit our flower store.