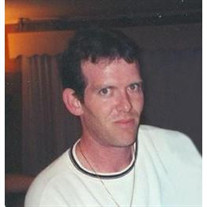 Bradley Alan Waggoner, age 51 of Arkadelphia, passed from this life on Thursday April 7, 2016 at Twin Rivers Health and Rehab in Arkadelphia. He was born February 2, 1965 in Arlington, TX to Bill and Peggy Waggoner Groom

He was of the Baptist Faith. He was preceded in death by his father and grand parents.

Graveside services will be planned for a later date. Memorials may be made to the Bethlehem Cemetery, 3114 Hwy 51 N. Arkadelphia, AR 71923.
To order memorial trees or send flowers to the family in memory of Brad Waggoner, please visit our flower store.