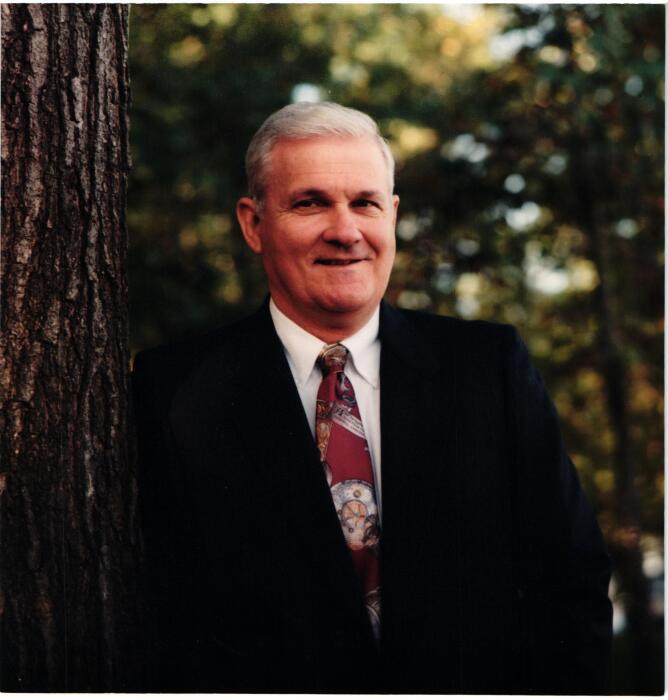 Bobby Dave Watson, 83, of Bismarck, went peacefully to be with the Lord on Saturday, October 9 th , 2021 surrounded by his family. He was born July 10 th 1938 in Hampton, Arkansas to the late Homer and Tempie Watson. Bob attended Caney Missionary Baptist Church with his wife, Barbara Watson.

He began his college career at Southern Arkansas University where he played basketball and attended two years before transferring to the University of Arkansas to finish his education. He received his bachelor’s degree in agriculture in 1961.

Following college, Bob accepted a teaching position at Bismarck High School in 1962. He then went on to teach at Thornton High School for a short stint before taking a sales job with Olin Chemical Company for several years in Monroe, Louisiana. He ultimately returned to Bismarck High School where he taught Agricultural classes and drove a school bus from 1970 until his retirement in 1998.

Throughout his teaching career, Mr. Watson inspired and motivated many young people by offering a balance of generous assistance to those in need and firm encouragement where appropriate. He gladly accepted the role of father figure to many more than just his own beloved children, Brad and Christy.

Bob loved the outdoors, especially hunting and managing pine timberland. His favorite hunting grounds were near his boyhood home in Calhoun County and around his farm near Bismarck. As a grandfather, his hunting activities shifted from hunter to “skinner” where he patiently demonstrated how to properly dress and process game when his grandsons would proudly bring their bounty to him seeking his assistance. He coordinated the planting of 1,000s of pine seedlings, watching those trees mature to pinewood forest that he loved to drive through in his truck. His truck was his office and he loved spending time in the office.

He relished time with his family, especially traveling with Barbara. They were fortunate enough to spend many years traveling with friends to destinations reaching far-off corners of the US to every Arkansas backroad that Bob could find. Barbara was his constant companion on every major highway and remote gravel path.

Bob’s grandsons will serve as pallbearers. Honorary pallbearers are Paul Bond, Jimmy Rodgers, Crandall Duncan and Mark Morgan. The family would like to extend their sincere appreciation to Kindred Hospice, Southern Caregivers, and the Patton family for the extraordinary love, dedication, and kindness they have shown during this difficult time.

Visitation will be from 5:00 PM until 7:00 PM Thursday, October 14 th at Ruggles-Wilcox Funeral Home in Arkadelphia.

Click to download / open
To order memorial trees or send flowers to the family in memory of Bobby Watson, please visit our flower store.
Send a Sympathy Card